SEARCH
A minimum of 3 characters are required to be typed in the search bar in order to perform a search.
Announcements
Report
Find out what you need to know so that you can plan your next career steps and maximize your salary.
Event
Explore strategies, new technologies, and best practices to provide a secure infrastructure - Learn more at Interop!
PreviousNext
DevOps
Commentary

There’s No 'Thing' You Can Do to Be Agile

The Agile concept isn't just about IT and development, but about a mindset that has to extend throughout the business.
Guest Commentary
Guest Commentary
December 27, 2016
Credit: Christopher O'Malley 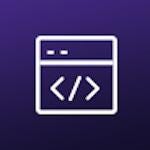 After all, in an increasingly digital world, market change is continuous and pervasive, and can occur with once-unthinkable speed and magnitude. So your product development, finance, marketing, partnerships, HR, and even facilities must all be capable of responding individually and collectively to those changes.

Unfortunately, there’s no "thing" you can do to endow your business with this kind of multi-dimensional agility.

To put it another way, there is no one  thing or set of things you can do. That’s because agility by its very nature requires you to do different things at different times in response to different conditions. This may seem so obvious as to be trivial, but it’s not.

Lead by Being Agile

Most leaders have been socially and culturally conditioned to demonstrate their leadership by making strategic decisions and then “staying the course". Stick-to-it-iveness, persistence -- whatever you call it -- historically has been understood as a manifestation of the kind of inner strength that‘s desirable in a leader.

Sometimes persistence is good. Agile businesses often stick to core values and vision, because they’re the right values and the right vision. Agility isn’t about changing for change’s sake. It’s about making the right change but only when there’s a legitimate reason to change.

This openness to change doesn’t always sit well with classic leader types who tend to be driven by their internal motivations, rather than external/environmental ones. “I’ve changed my mind” often sounds to these leaders an awful lot like “I was wrong,” which is a message that can feel like it strikes at the heart of their credibility.

Zigging can also often entail the sacrifice of time and money that have already been invested in zagging. Yes, if the change of direction is the correct one, those sacrifices are really just wisely cut losses. But to the untrained, non-agile eye it still looks like plain old waste.

Is Crazy a KPI?

Leaders who revoke Monday’s marching orders on Tuesday, and then ask people for the same commitment to those orders as they had for the ones before, have one more problem. Those people may at times both question their leader’s sanity and feel like they’re losing their own.

In fact, social psychology teaches us that it’s much easier to keep building consensus for an existing idea that everyone secretly knows is wrong than it is to initiate consensus for a new idea that is not yet proven to be right. Cynics, in particular, tend to feel more comfortable in a familiar situation they know to be wrong than in an unfamiliar one where people are striving to change for the better.

Interestingly, some who most resist the change you want to bring to their work express exuberant support for the change you bring to everyone else’s. At Compuware, we had a developer with 40-plus years on the job who said he loved how we were incentivizing sales around customer satisfaction, shifting to social media, and even moving our non-differentiating business functions to consumed cloud services. What he couldn’t stomach was that he was being asked to change from waterfall to Agile.

He even went as far as to make the claim that Compuware had already tried doing something “similar” to Agile back when he first started at the company in the 80’s. He also insisted that it had been a mistake then, that all the lessons of the years since had gifted us with a process that worked, and that going back to what he perceived as the dark ages of Agile would undermine the platform.

My response was pointed. I told him to stop lying to himself, that it was clear we had to reinvent mainframe development to keep pace with today’s digital markets, and that our customers would fail if we didn’t. I then asked him to not be an obstacle to this effort, and to help us build a bridge to a brighter mainframe future.

What soon became clear is that this employee only wanted to be appreciated for what he had done. He had zero interest in doing something new that would earn him fresh appreciation today. Sadly, this story didn’t end well for anyone.

For every employee like that, though, I’ve had many more who found the dramatic shift in our business culture and processes inspiring. But, as the saying goes, sometimes you have to be careful what you wish for. Perhaps the greatest agility-related challenge leaders face is the one that awaits only those who through inspiration and trust actually manage to successfully transform their workplace culture. Those leaders pay dearly for their success by having to deal with employees who, on their own initiative, introduce disruptive change to the business with what is often startling frequency and passion. That’s when leadership starts to feel less like captaining a ship and more like riding a bucking bronco.

None of this is to say that agility comes at too high a cost to be worthwhile. On the contrary, anything of value will have a commensurate price. But no leader should be seduced into thinking that agility can be ordered from the cloud. It can’t be, because agility isn’t something you buy or do. It’s something you become.

Christopher O’Malley is CEO of Compuware. He has nearly 30 years of IT experience, with past positions including CEO of VelociData, CEO of Nimsoft, EVP of CA’s Cloud Products & Solutions and EVP/GM of CA’s Mainframe business unit, where he led the successful transformation of that division.