Engineers and developers need to break out of their specialized zones and learn more tricks to meet hiring demands, say stakeholders.

Whether organizations hire outside talent or explore training options for existing personnel, more diversity in skills are in demand for DevOps engineers and management of cloud resources, according to Knack and Amazon Web Services.

Leroy Ware, CEO of Knack, a job board for tech roles, says it is time to for engineers to break out of their comfort zones and pick up forward-looking skills that are in demand. According to Knack, there is great interest in the hiring market for DevOps engineers with well-rounded skills that include full-stack engineering, virtualization, containers, and virtual machines to meet demand for efficient development and deployment. “All companies that are doing serious software development these days are looking for engineers that have broader and broader skillsets,” Ware says.

This is a change, he says, from 10 to 15 years ago when many engineering teams were made of professions with highly specialized backgrounds. “You might have a product designer or a UI designer, and then a front-end developer who did slice ups, HTML, and CSS,” Ware says. Then there would be a back-end developer for API work. “It wasn’t even called DevOps back then.” 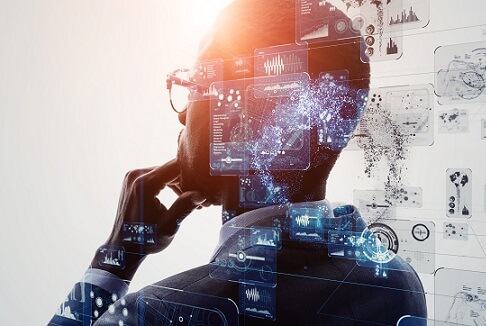 During that time, it was not uncommon for an IT operations person who would be responsible for figuring out how to deploy an application on the server, he says. That deployment would call for manual input, Ware says, such as using a terminal to plug into a server and setting up load balancers.

Current demands show a need to break away from the siloing of skills and embrace being a generalist with broader skillsets, he says. For example, web developers may be expected to know little bit of front end and back end. Engineers might be called upon for general problem solving, architecture, and high-level thinking about the entire application instead of working on one tiny piece, Ware says. “That’s the trend throughout the entire engineering space right now.”

DevOps engineers tend to be among the most experienced people on teams, he says, having grown from either operations or engineering and have witnessed more than other personnel.

Looking at available jobs and the growth in engineering, Ware says JavaScript has largely devoured this sector. This is because that programming language was an early building block for web applications, he says. However, getting web applications in those early days to communicate with databases would require specialists to step in.

That changed over the last 10 years, Ware says, with the introduction of Node.JS, which allows for JavaScript to be applied on the back end as well. “JavaScript has come to completely dominate the entire space,” he says. “You can also build mobile apps in JavaScript -- just about anything you can think of, smart TV apps.” Any DevOps engineer heavily focused on deployment and infrastructure knows how to read and debug JavaScript, Ware says.

There have also been advances with JavaScript in relation to serverless and the AWS cloud development kit (CDK) to make managing infrastructure less complicated through automation, he says. “Before the CDK . . . there was a lot of work that went into trying to define all your infrastructure using software definitions.” The CDK supports multiple programming languages, Ware says, and increases access to DevOps by making engineers capable of both building applications as well as describing how they should be deployed.

He suggests those who want to get ahead as DevOps engineers strengthen their knowledge of JavaScript, learn serverless computing, and be versed in cloud resources and tools such as Terraform or the AWS CDK. To pick up such technical skills, Ware recommends taking online courses through such outlets as Udacity or Udemy.

Picking up a certification for work with cloud resources can also help build up a career in DevOps, he says, especially as technology evolves. “People who have very specialized skillsets are going to have a harder and harder time,” Ware says.

Leadership within organizations seems keen on wanting tech talent with certified skills. In a report commissioned by AWS and conducted by Enterprise Strategy Group, 97% of surveyed IT decision makers with organizations that employ AWS certified staff indicated that having such professionals onboard offers their companies better competitive positioning for the next three to five years. Some of the benefits the IT decision makers indicated came from certifications include increased productivity, elevated innovation, and recruitment and retention of cloud-focused personnel.

Kevin Kelly, director of certification and education programs with AWS, says individuals who pursue certification want to build up their credibility with the platform while organizations naturally use certification to better identify skilled tech talent. AWS certification, he says, is divided into four tiers: foundational, associate, professional, and specialty certifications for specific topic areas.

The program is ungated, which allows individuals to pursue the type of certification they believe they are prepared for. Kelly says many people start with the cloud practitioner certification, which validates an understanding of what the cloud is and the advantages it can bring to scalability, performance, and security. “It also tests some knowledge on implementing a cost-effective solution on a cloud environment,” he says.

The different tiers of certification validate increasingly complex knowledge. The professional-level certification is aimed at such roles as DevOps engineers, developers, SysOps administrators, and solutions architects, Kelly says. This tier can validate if the professional can build very complex systems while using many services together, he says.

Training courses exist to help prepare certification applicants for their exams, but Kelly says that practical knowledge plays a significant role. “Nothing replaces production deployment experience,” he says. The prep courses can help to cover services an engineer might not use every day on the job but needs to be aware of for the exam.

When organizations encourage employees to pursue such certification, which may include covering fees for training, Kelly says it can help address the shortage of skilled talent that continues to loom large in the market. “The cloud IT skills gap is on their mind,” he says. Training for certification can be a way to address that demand, Kelly says, by bulking up the ranks of professionals with needed skills instead of cannibalizing the hiring market. “Trading talent, from one company to another, and driving the cost of that talent up, isn’t going to scale,” he says.

For more on skills in DevOps, IT, and the cloud, follow up with these stories:

Navigating the Skills Gap in the Hybrid Cloud Era

Must Have IT Skills You Need to Remain Competitive

Joao-Pierre S. Ruth has spent his career immersed in business and technology journalism first covering local industries in New Jersey, later as the New York editor for Xconomy delving into the city's tech startup community, and then as a freelancer for such outlets as ... View Full Bio
We welcome your comments on this topic on our social media channels, or [contact us directly] with questions about the site.
Comment  |
Email This  |
Print  |
RSS
More Insights
Webcasts
The Experts Guide to Ransomware Response
Multi-Cloud Data Management for Modern Applications
More Webcasts
White Papers
Using Farsight Passive DNS for Incident Response
Cisco Threat Response
More White Papers
Reports
The Infoblox Q4 2020 Cyberthreat Intelligence Report
Building the SOC of the Future
More Reports