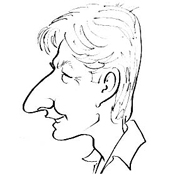 Readers like their Kindles, but authors love them. E-publishing gave new life to Wilson's old books and it's easy money. 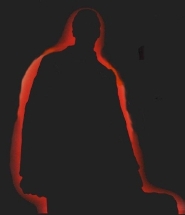 That first Kindle in December of 2007 was a clunky thing. Rocket and SoftBook had been around since the late '90s and the Sony Reader had been released in the U.S. the year before. The Kindle seemed like a me-too product. Wilson wasn't impressed. (But then, he'd also predicted that vampire fiction would die in the mid-90s and thereafter writers wouldn't be able to give away vampire novels, so I took his Kindle prediction with the proverbial grain of salt.)

Although Amazon was coy about sales numbers, rumor had it that by the end of 2009 the company had sold 3 million Kindles. Now Wilson was impressed. Only avid readers sprang for a Kindle, and that meant 3 million readers had no access to many of his titles.

Hard copies of his books have always sold well on Amazon, thanks mainly to Barnes & Noble's peculiar reluctance to stock his backlist in any meaningful depth. Via the forum on his website he repeatedly heard from frustrated readers who'd given up on their local B&N and turned to Amazon. So when his editor told him that Amazon wasn't terribly important to the company's overall sales, Wilson told him it was to his. Accepting the challenge, his editor went to his computer and called up the figures. After studying the spreadsheets he said, "Well, you're an exception."

The wheels began turning. Wilson had written sci-fi all through the '70s and had never signed away the e-rights to any of those novels and stories. Why not put them to work on a new platform? Joe Konrath was telling him to do-it-do-it-do-it. Trouble was, they were mostly in .pdf files and he hadn't the faintest idea how to adapt them. His agent provided a contact.

Amazon turned out to be very accommodating for a bestselling author who wanted to e-publish his award-winning LaNague Federation novels with them. Wilson was most concerned about the formatting of one of the books. Healer, Wheels Within Wheels, and The Tery and Dydeetown World contained simple narrative text. But An Enemy of the State was peppered with flyers that were crucial to the story. If they could not be properly formatted into the text, the novel would suffer. But the Amazon folks worked it out in return for a one-year exclusive on the epub rights. They offered a 35% royalty, scheduled to rise to 70% during the coming summer. (Are you kidding?) Sold.

So, on St. Patrick's Day 2010, the five volumes of the complete LaNague Federation series--novels combined with all the short stories--went live on Amazon for a mere $2.99 each. (Why so low? We'll get into pricing when we talk about theft next time.)

Of course, there had to be a glitch, right? The last three chapters of An Enemy of the State were missing. But when readers pointed this out, Amazon restored the chapters and zapped replacement copies to the Kindles of all who had purchased the book. Wilson was impressed. (So was I, for that matter.) He was also impressed with the checks Amazon started depositing directly into his bank account every month. On June 1, 2010, Amazon Shorts was terminated, but no one missed it. Amazon Singles replaced it.

So he's now a publisher, and not just an American publisher--he's gone international. He realized that even though his trade publisher owns e-rights to U.S. and Canada and a few other markets, Wilson holds all the others-- everywhere else. So now those books are going up for sale on Amazon.uk and .de and .es and .jp and so on.

The 70% royalty checks keep getting bigger and the statements are simple spreadsheets. Really, could it get any better?

Well, certain flies could be removed from the ointment.

Repairman Jack is the alter ego of F. PAUL WILSON, an award-winning New York Times best-selling author of more than 40 novels and many more short stories. His work, which spans horror, adventure, medical thrillers, science fiction, young adult, and virtually everything between, has been translated into 24 languages. Currently he is best known as creator of the urban mercenary Repairman Jack. (http://www.repairmanjack.com)