EA DICE's upcoming Battlefield 3 let me blow the cheese out of a war-torn Paris, among the many missions I tried out in my first look at the game in New York City recently. And its tech has real implications for business. The 3D action offering is due this fall, and it's among the best I've seen.

Whether you're a hard core gamer or an IT pro with a hobby, you'll love digging into Battlefield 3. Boy, is it ever immersive. Everything from broken glass to trashed masonry is eerily realistic, cinematic even.

It's all thanks to EA's ground-breaking Frostbite 2.0 engine, which makes its debut in Battlefield 3. And that's where things get interesting for game players and tech pros alike.

Hot tech often appears in games first. Audio, video, rapid rendering -- all pushed forward by interactive entertainment. That's why BYTE knows this technology or something similar will provide amazingly quick 3D technology for consumer tech in business down the road.

Looks like that technology won't be coming direct from EA, though.

The game’s executive producer Patrick Bach said earlier this year that EA DICE has no plans to license the engine. Putting it bluntly, he said: “We don’t want anyone else to get the benefit of using our engine because we are big enough to make money on our games based on the engine, so we don’t have to sell the engine itself.” 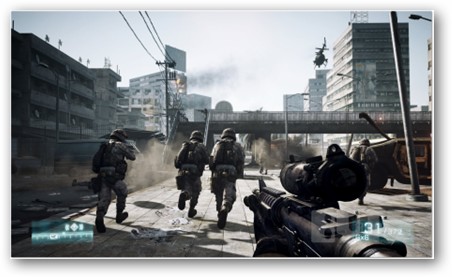 EA did say it's putting in expansion packs and other add-ons for the game. Ideally, it won't stop there.

I'm eagerly awaiting BYTE's chance to dig into how FrostDrive works, via Tim Down's How It Works illustrations, tech explanations, slideshows and tips.

Battlefield 3 is clearly a game of the year contender and a hint at some new technology that will blow your mind -- in gaming and beyond. 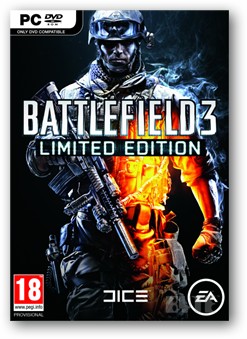 The limited edition of the game includes content only available later on or via unlocking during gameplay.

Based on Long Island, NY Serdar Yegulalp is editor of reviews at BYTE. Follow him @syegulalp or email him at [email protected].