SEARCH
A minimum of 3 characters are required to be typed in the search bar in order to perform a search.
Announcements
Report
Find out what you need to know so that you can plan your next career steps and maximize your salary.
Event
Explore strategies, new technologies, and best practices to provide a secure infrastructure - Learn more at Interop!
PreviousNext
Electronic Health Records
News 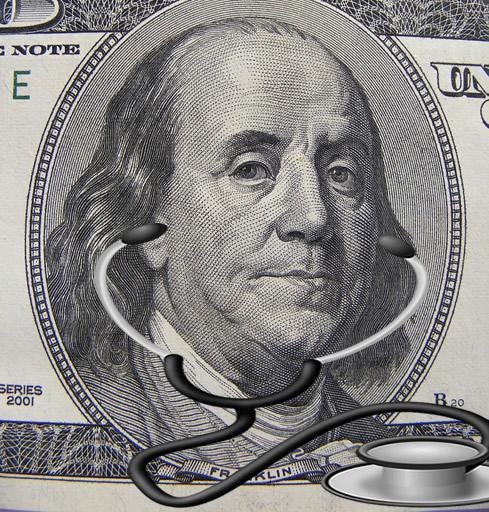 Veterans Affairs and Defense Department efforts to develop an interoperable electronic health record system are being jeopardized by program officials who fail to furnish accurate and verifiable financial information Congress requires to ensure the program stays on track, a congressional watchdog agency said this week.

A detailed investigation of the fiscal 2013 integrated Electronic Health Record (iEHR) expenditure plan found that program officials satisfied only one of six statutory conditions set forth by Congress, according to the GAO report. Program officials only partially satisfied the other five conditions, GAO said.

[Social business tools are showing up in some surprising places. Read Open And Social: New Path For Government Agencies.]

"The plan did not provide a meaningful representation of the iEHR approach as it has evolved over the last year," GAO said, adding, "The expenditure plan did not provide an accurate view of the cost of the work to be done, nor offer significant insight into the future path for building electronic health record interoperability between the departments."

The plan satisfied entirely the condition to relay detailed cost-sharing business rules via the use of a memorandum of agreement between the two departments. The MOU essentially outlines cost-sharing provisions and principles within the VA/DOD Interagency Program Office.

But in the expenditure plan, the departments failed to fully satisfy statutory requirements to adjust the cost baseline to accurately reflect changes in the program's direction, failed to include a detailed deployment timeline, and failed to justify their spending estimates for iEHR, GAO said.

Furthermore, the departments did not include a schedule for achieving data standardization, nor did they explain how they would comply with acquisition rules that would apply to the effort.

The two departments initially embarked on a project in 2011 to jointly develop a single common electronic health record system that would replace their legacy systems. But the departments later revised their approach, deciding instead to modernize their existing systems in a way that made them interoperable. The new approach was adopted as a way to circumvent lengthy and costly development and reach interoperability faster.

Although the iEHR program has undergone two major revisions in the past three years, the budget baselines for fiscal 2013 and 2014 in the expenditure plans were not updated to reflect the current project scope, GAO said.

Program officials interviewed told the GAO that the focus of the work described in the plan they submitted was on near-term activities that were designated as having high priority in the wake of changes in the approach to the iEHR.

The GAO recommended that the departments take the necessary steps to ensure that future expenditure plans for the departments' electronic health record projects include verifiable and accurate budget, cost, and spending information.

In addition, such plans should include a deployment timeline synchronized with an integrated master schedule, a data standardization schedule and specific details on how the program will comply with federal acquisition rules, and systems acquisition management practices, GAO said.