SEARCH
A minimum of 3 characters are required to be typed in the search bar in order to perform a search.
Announcements
Report
IT Enterprise Dashboard: This interactive data tool enables access to global research on IT budgets, business challenges
Event
Get in-depth insights & analysis from experts on all aspects of communications, collaboration, & networking technologies
Event
Data Center World is the leading global conference for data center facilities and IT infrastructure professionals.
Report
Find out what you need to know so that you can plan your next career steps and maximize your salary.
PreviousNext
Electronic Health Records
News 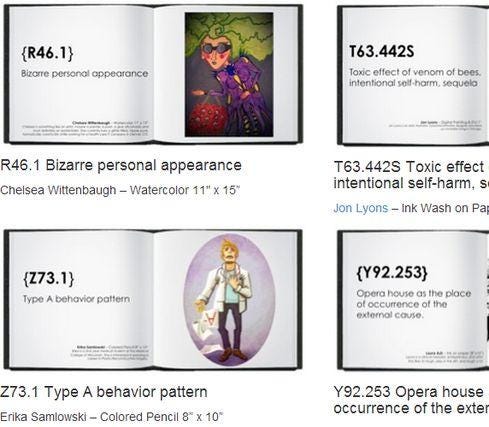 The favorite electronic health records software of primary care physicians is the one they can get for free, according to the Black Book Rankings published this week.

The overall ranking was:

Each of the top five achieved an overall score that was better than 90% of the competition.

Athenahealth, which started as a cloud-based practice management software and services firm before expanding into EHR, came in at number 12. Epic, the market-leading hospital EHR, was number 14 for primary care.

[Not feeling the love for your EHR? Read Doctors & EHR: Can This Shotgun Marriage Be Saved?]

Practice Fusion wins fans for its free EHR strategy, subsidized by advertisers and other parties seeking the attention of physicians, but it also ranked first in 10 out of 18 other categories of desirable characteristics of an EHR. Some of those included scalability, adaptability, reliability, customer support, and training. Another: performance in allowing physicians to secure recognition under the government's Meaningful Use incentive program.

Even where others edged it out, Practice Fusion consistently ranked at least in the top five. For example, the Care360 EHR from Quest Diagnostics got the top ranking in data security and backup and in viability and managerial stability, but in both cases Practice Fusion was No. 2. CareCloud got the top rating for ease of deployment, but by a tiny margin over Practice Fusion, which is also a cloud service with minimal implementation complexity. In a few other categories, Practice Fusion was a little farther down the list. In innovation, it ranked behind Care360, Greenway, and Praxis, but still ahead of many well known healthcare technology vendors.

"Practice Fusion performs very well among Family/General Practice docs as well as solo/independent docs," Doug Brown, general manager for the Black Book division of Brown-Wilson Group, wrote in response to an email query. "Their free pricing surely has a lot of sway in those subsets, but their satisfaction scores are consistently high. This is the first year Pediatricians (mainly single MD practices) also ranked them #1 too. We see that many (83%) of the smaller (i.e, shallower pockets) Primary Care practices that have replaced an original EHR in [the] last 18 months have selected a free cloud EHR."

The other trend that stands out in the Black Book results is the overall increase in doctor satisfaction with their EHR choices. According to the authors of the report, the share of primary care doctors who said they would recommend their electronic records vendor to a colleague increased from 13% to 52% over the past six months. Vendor loyalty is on the rise, after a flurry of activity related to doctors switching systems.

This seems to reflect a concerted effort by EHR vendors to address the productivity and workflow issues doctors have encountered in the switch from paper to electronic records. As recently as last year, only 10% of physicians reported returning to normal levels of productivity after rolling out an EHR system, but now that's up to 39%.