As more organizations adopt edge computing, they are also confronting new challenges. Among them are IoT and edge integration, security, support, durability and bandwidth. 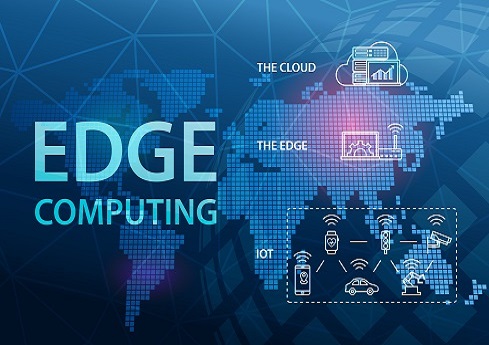 Initially, organizations were just strategizing on how to deploy the Internet of Things to the edge and manage it. Now, edge is here. As more enterprise organizations adopt edge computing, they are also confronting new challenges with IoT at the edge.

Here are five areas that can create some confusion, along with advice for IT teams on what they can do now to be better prepared:

There are multiple levels of integration where IoT and edge present challenges. The first level is integrating IoT and edge computing with existing core systems in manufacturing, finance, engineering and other areas. Many of these core systems are legacy systems. If they don't have APIs (application programming interfaces) that enable integration with IoT technology, then batch ETL (extract, transform, load) software may need be used to upload data to these systems.

A second area of challenge is the IoT itself.

Many IoT devices are built by independent vendors. They use their own proprietary operating systems. This makes it difficult to “mix and match” different IoT devices in a single Edge architecture. The good news in this area is the Federal Cybersecurity Improvement Act that was recently passed by Congress. The new law requires uniform security standards and compliance from IoT vendors desiring to do business with the government and should incentivize IoT vendors to standardize. The next step is likely to be more standardization of IoT operating systems and communication protocols, which will make integration easier.

The area of IoT device security and compliance is still evolving but will improve over the next few years. Meanwhile, IT can be sitting down with prospective IoT vendors to see what’s already available for heterogeneous integration and/or if these vendors have interoperability on their roadmaps.

As for legacy system integration, ETL is one way that integration can be achieved if APIs for systems aren't available. Another alternative is to hand code APIs, but this is time-consuming. The best news is that most legacy system vendors are aware of the coming IoT “wave,” and are already developing their own APIs, if they haven't done so already. IT should be checking in with its major systems vendors to see what their plans are for IoT integration.

With the passage of the Federal Cybersecurity Improvement Act, IoT security compliance should get easier. However, this doesn’t solve the fact that it will be end users -- who are inexperienced with security administration -- who will likely be charged with the monitoring edge IoT and edge IoT security.

It’s important to train any “para-IT” end-user personnel in the fundamentals of securing their edge IoT. This training should include cyber IoT training as well as securing IoT equipment in locked down, caged areas whenever possible.

Access is another critical security issue. It is recommended that only authorized personnel who have completed internal security training should be permitted into restricted security IoT areas.

Day to day, IoT and IoT networks need to be supported -- whether there is an equipment failure, a security or a software upgrade, or the addition of new IoT.

End users can monitor those portions of edge IoT that are directly linked to their operations, but it still makes sense for IT to assume overall maintenance and support because both are core areas of IT expertise.

First, ensure that you are in the loop. With the growth of shadow IT, end users are going to vendors directly to purchase and install IoT in their operations. To detect these new additions, IT can use corporate networks and asset discovery software that identifies any new IoT additions or changes. Better yet, IT, upper management and end users can agree on the types of local support users perform, and when it is important for IT to take over.

When IoT is installed in dangerous or difficult to access areas, it’s important to use IoT solutions that can be self-sustaining and require low maintenance for long periods of time.

IoT that operates in rugged environments of extreme heat or cold, or in punishing working conditions, must be able to withstand those conditions. Many off-the-shelf IoT devices can't meet these requirements.

It might also be important to find IoT solutions that can sustain themselves over long periods of time without the need to replace or constantly maintain them. It’s not uncommon to find IoT devices with life cycles of 10 to 20 years. Service time for these devices and sensors can be extended if they can be solar powered (and therefore less reliant on batteries), or if they are only activated from “sleep”  mode when they are needed to sense or monitor movements or other events for which they are deployed.

Include durability of IoT as one of the requirements for edge IoT solutions so you can minimize in the field service times and inspections.

Most IoT devices are economical in their use of bandwidth, but as more devices and sensors are deployed and they collect and transmit greater volumes of data, available bandwidth can become a serious (and expensive) issue that can compromise network performance and the ability to act on real-time data.

Many organizations are choosing to deploy distributed IoT systems at the edge where they can run their IoT and use local bandwidth. At the end of the day, or perhaps in periodic bursts throughout the day, payloads of this data can be routed to more centralized data collection points throughout the enterprise, whether these points are on premises or cloud based. This distributed computing approach minimizes the use of long-haul bandwidth and can also enable the scheduling of data transmissions at less busy (and less expensive) times of day.

One other element that should factored in is, which IoT data do you really need to collect?

This is an area where data architects and the end business need to engage. By agreeing on and eliminating the data that the business doesn't need, you can reduce data payloads and save on bandwidth as well as on processing and storage.

The Inevitable Rise of Intelligence in the Edge Ecosystem

Mary E. Shacklett is an internationally recognized technology commentator and President of Transworld Data, a marketing and technology services firm. Prior to founding her own company, she was Vice President of Product Research and Software Development for Summit Information ... View Full Bio
We welcome your comments on this topic on our social media channels, or [contact us directly] with questions about the site.
Comment  |
Email This  |
Print  |
RSS
More Insights
Webcasts
The Failures of Static DLP and How to Protect Against Tomorrow's Email Breaches
Strategies for Success with Digital Transformation
More Webcasts
White Papers
How to Prioritize Risk Across the Cyberattack Surface
Passwordless: The Future of Authentication
More White Papers
Reports
2020 State of Cybersecurity Operations and Incident Response
DNS Network Traffic Volumes During the 2020 Pandemic
More Reports
Copyright © 2021 UBM Electronics, A UBM company, All rights reserved. Privacy Policy | Terms of Service