SEARCH
A minimum of 3 characters are required to be typed in the search bar in order to perform a search.
Announcements
Event
Enterprise Connect 9/27-9/29 - Time is running out, secure your FREE Virtual Pass today!
PreviousNext
Enterprise Architecture
News 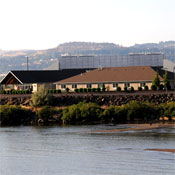 Google has approached Zynga, developer of Facebook heavyweights Farmville and Mafia Wars; Playdom, which Disney acquired this month for about $763 million; and Playfish, which Electronic Arts purchased in late 2009 for approximately $275 million, according to the Wall Street Journal. In May, Yahoo inked a deal with Zynga to distribute the game-maker's wares through its Yahoo games service.

Zynga, which reportedly already received a $200-million investment from Google earlier this year, is expected to earn revenue of $350 million for the first half of 2010 and is on track to hit the $1 billion mark in 2011.

Although Google has remained tight-lipped, the company is advertising a position for a "product management leader, games," at its Mountain View, Calif.-based offices. The job, posted on the company's U.S. jobs listing site, seeks someone with experience building an online gaming business on the web and mobile devices.

"The Product Management Leader, Games will be a flexible, results-oriented, and experienced senior leader who will be responsible for developing Google's games commerce product strategy and partnering to build and manage the business with a cross-functional team," the ad said. "You will have visionary product insight, combined with experience in the online content business, significant technical expertise, and extensive leadership and business skills. The Product Management Leader, Games combines a great instinct for developing compelling products with a strong focus on users and technical aptitude to work with a world class engineering team and the business sense to drive product goals and strategies."

More than 200 million people around the globe play casual games online, and spent $3 billion on this form of entertainment in 2009, according to the Casual Games Association. Developing games for social networking sites typically costs between $50,000 and $400,000, the association estimated.

The median spending on digital goods at social networking sites was $50, according to a new study conducted by VGMarket for PlaySpan. Overall, 32% of the 2,221 respondents made purchases within social networks, the survey found.

"The report demonstrates a number of significant trends and monetization opportunities available to both first-party publishers and third-party marketplaces through the sale of digital goods. Each type of digital good has a unique level of demand, and the amount of money that a consumer spends on digital goods continues to vary widely by genre," said Michael Gluck, president of VGMarket.