MyTouch 3G To Get Android 2.2 Froyo

T-Mobile said the smartphone will also get a modified version of the Faves Gallery and updates to the Genius Button app.
Esther Shein
Contributor
June 09, 2010 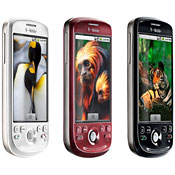 Living up to its "No phones left behind" pledge, T-Mobile is planning to update existing myTouch 3G phones to the latest version of Android's OS, version 2.2 Froyo, so users can get up-to-date software, according to the carrier's Web site.

Other updates will include a modified version of the Faves Gallery, which will provide a user's top 20 most important contacts with front-and-center status when they send messages and information.

Existing myTouch users will also see an update to the Genius Button app, which has the same features found on the myTouch 3G Slide's built-in Genus Button, so they can ask for directions, find out when their next appointment is, and request traffic mapping. Full Exchange support for contacts, e-mail, and calendar will also be updated on the myTouch 3G, the company said.

Observers say it remains to be seen whether the older hardware will work well on the new OS.

Internet giant Google unveiled the Android 2.2 Froyo OS several weeks ago when HTC announced that most of the Android phones it was launching this year would be updated to the latest version. HTC said this would include the T-Mobile myTouch 3G Slide as well as its EVO 4G and the Droid Incredible.

There have been some reports claiming the myTouch 3G would get the Sense UI like the myTouch 3G Slide, but the company has not indicated whether there will be any changes.

T-Mobile did not provide details on when the upgrade will occur other than to say it is "coming soon." The carrier has previously hinted that it will be launching something new on June 19th that may be related to the Slide, so there is a possibility that the announcement will be a new software version for both the Slide and the myTouch 3G the same day.