Companies can learn from these leaders in the use of social networking technology for business.

How can you maximize the use of social media and social software with employees, customers, and partners? Our digital publication The BrainYard (thebrainyard.com) decided to seek out and highlight companies that are well on the road to becoming truly social businesses.

Ford is getting there. The automaker has embraced social media for marketing and customer support and encourages employees to share company content in social media--not as official spokespeople, but as proud employees. Ford is only at the beginning of bringing these things together in a true social business strategy, says Scott Monty, global director of social media. "A lot of people are talking about social business transformation, but to actually execute it at the enterprise level is really, really hard," Monty says. 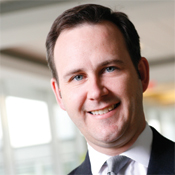 "I don't think anybody's really figured it out completely yet. A lot of people are talking about social business transformation, but to actually execute it at the enterprise level is really, really hard." -- Scott Monty, Ford

One milestone: When Ford introduced a redesigned edition of the Ford Explorer in 2010, it skipped the conventional auto show unveiling to auto journalists in favor of simultaneous announcements in eight cities--and on Facebook. The Facebook campaign, created using tools from Buddy Media (now part of the Salesforce Marketing Cloud), featured videos about the vehicle from the product managers and engineers. The Explorer "reveal" campaign attracted 99 million social media impressions and became the No. 1 trending term and the No. 2 search term for the day on Google.

"We took that as an indicator we could be successful in social at the scale we were used to in traditional media," Monty says.

Some companies point to a hard return on investment on social collaboration--building materials manufacturer Cemex, for example, says it's saving between $500,000 and $1 million a year through reduced travel and phone expense--but often the returns are softer. The Red Robin restaurant chain's CIO looks for the true ROI from the business initiatives themselves with social collaboration as an accelerator.

Part of the reason Red Robin adopted social collaboration software Yammer was it needed a tool that will let it "get out a message and get feedback immediately if assumptions aren't playing out right, and we need to make modifications," says Chris Laping, CIO and senior VP of business transformation. Yammer has been an important tool in assessing product introductions (see "Red Robin CIO Named Social Business Technology Leader").

Here are seven lessons that emerged from these companies' experiences.

1. Let Business Drive Technology, Not The Other Way Around

At Ford, social technology is helping accelerate the One Ford strategy aimed at breaking down organizational silos, a policy that CEO Alan Mulally established when he became CEO in 2006. Mulally wasn't thinking in terms of social technologies when he first articulated that vision, but social tools present "just an amazing opportunity to start bridging these gaps," Monty says. 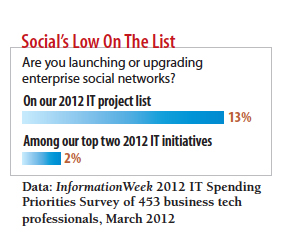 In addition to using social media in marketing, Ford established an enterprise social networking initiative using Yammer (although that may not be the final choice), to help employees make more spontaneous connections. To wit: When Monty was planning what became the Summer of Taurus campaign in 2009 to unveil the 2010 model of that car, he wrote a rough outline of what he wanted and posted it to Yammer. Within a week, a person from an IT group that normally didn't work with marketing was able to show Monty a prototype he had built in his spare time, which evolved into a mashup with Bing Maps. In addition to connecting people who might not have otherwise, the social conversation substantially shortened what could have been a months-long process of gathering requirements for a traditional IT project. It also eliminated the need for hiring expensive outside developers.