Learn lessons from the global financial company, which will be honored at the E2 Conference for social collaboration on a large scale. 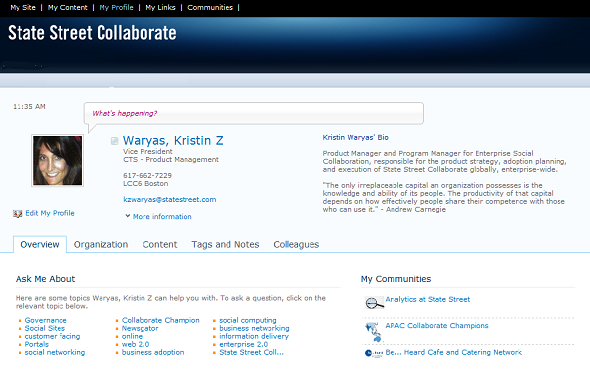 Does your organization belong at or near the top of this list? What can I do to get more firms to nominate themselves next year?
Reply  |  Post Message  |  Messages List  |  Start a Board
InformationWeek Is Getting an Upgrade!