50%
Tweet
Facebook's artificial intelligence (AI) for recognizing faces has enabled three new features to help serve users, including one designed to benefit the blind and sight-impaired. But are there privacy implications?

Facebook doesn't need tags to know that the person in the picture is you. Is that a good thing? It depends on your point of view.

Given the proliferation of faces that gets uploaded in the form of photos and videos on Facebook, a person may not even know that his/her face appears in a particular context. 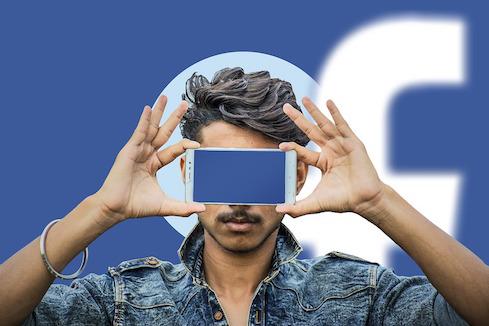 To address that problem and to increase access for recognition among the visually impaired, at the end of 2017 Facebook rolled out three new facial recognition features:

As the company explained in its announcement about it, Facebook's new features are based on the same technology the social media platform uses to bring people's attention to faces in images before they are tagged with a name.

While no one would likely object to applying AI to assisting the visually impaired, there are some questions about the effect of the alert feature, which delivers a "Photo Review" message to the user whose face it identifies. The company puts a very positive spin on it, saying, "You're in control of your image on Facebook and can make choices such as whether to tag yourself, leave yourself untagged, or reach out to the person who posted the photo if you have concerns about it."

However, it does add an exception to that control: If the privacy settings of the one posting exclude you from the intended audience for the image, you would not be notified. My concern would then be that it remains possible for someone to use your picture without your knowing about it if the audience limits would exclude you.

The Verge raised a concern that went in the opposite direction. It argued that the new alerts could be used to get the attention of people in a negative way: "a harasser who isn't able to directly message their target" because they are not connected as friend "could upload a picture with them in it, perhaps Photoshopped to include a nasty or abusive joke." So long as that post is set to a wide enough audience to include the targeted person, a notice of the picture will go to him/her, which means that the social network will be effectively extending the reach of harassers.

In situations like this on Twitter, one would block or mute the person who insists on tagging one's account with abusive or just annoying tweets. You can block people on Facebook, as well, but if you allow the facial recognition to work, it may just override that, as it seems to operate on an all-or-nothing basis.

Facebook's announcement said: "People gave us feedback that they would find it easier to manage face recognition through a simple setting, so we're pairing these tools with a single 'on/off' control. If your tag suggestions setting is currently set to 'none,' then your default face recognition setting will be set to 'off' and will remain that way until you decide to change it."

In other words, you may not have to opt out of this when it does come to your account, as is typical for many other such features. Your set preference for "do not disturb" with tags would extend to this. But it is possible that Facebook will try to nudge people into opting in by saying something along the lines of "Wouldn't you want to know if someone is using your face?" I think that natural curiosity and concern would work on me even though I eschew tags myself and often untag myself from other posts.

From Facebook's perspective, it's not just about giving the platform users what they say they want. Facebook stands to gain more interaction and engagement from users if they are alerted to their picture used in a way that would generate a comment or a share from them. Also adding the confirmation of the AI's accuracy in identifying faces likely proves to be a good way of checking on its own progress in this area of technology.

Beyond that, of course, is the ever-growing body of data the Facebook gains from image uploads. Because people are effectively sharing data about themselves without opting in each time with informed consent, Facebook's facial recognition is stripped out of applications such as Moments in places that have strict data privacy regulation, such as the EU and Canada. Because they are extensions of the same technology and function, the new features will also not be available there.

For those of us not in those countries, we may resolve to be as vigilant as humanly possible by avoiding tracking apps and clearing up our digital breadcrumbs. But we can still be tracked by our faces. Perhaps we should then stop referring to tinfoil hats and start looking into tinfoil (or any material) masks to block access to our information.

We welcome your comments on this topic on our social media channels, or [contact us directly] with questions about the site.
Comment  |
Email This  |
Print  |
RSS
More Insights
Webcasts
How Cyber Attackers Will Use & Abuse AI, ML Against the Enterprise
Why Performance Testing is More Critical Today
More Webcasts
White Papers
Vulnerability Management for Dummies, 2nd Edition
SOC 101
More White Papers
Reports
The New Face of IT Automation
State of Cybersecurity Incident Response
More Reports

More Informa Tech Live Events
Now That Ransomware Has Gone Nuclear, How Can You Avoid Becoming the Next Victim?The Changing Face of Threat IntelligenceDon't Miss this Event Featuring Rob Carter - CIO of FedEx