The Patent Starter Program is a controlled way for Google to allow a limited number of small companies to use what Google may not want or need, while helping startups protect themselves from patent trolls.

Google is aiming to deter patent trolls that prey on startups. The company has introduced a Patent Starter Program that offers the use of patents to small companies. To qualify, a company has to have 2014 revenues between $500,000 and $20,000,000.

The patents will be made available through License on Transfer Network (LOTNET), a patent cross-licensing organization launched in July 2014 by Canon, Dropbox, Google, SAP, and others. It has more than 325,000 patent assets.

Every participating company in the LOT Network grants a license to their fellow participants. The license becomes effective only when a patent is transferred or sold to a company that is not a participant in the network. Once that transfer takes place, LOT members are safe from that patent being used against them by a patent troll.

There are multiple caveats in Google's Patent Starter Program. For starters, it's limited to the first 50 eligible startups (and only the first 50) to enroll. These startups will be given access to the Google patent portal, two years of free membership in the LOT program, and two patents with no usage fees -- although patent maintenance fees may apply.

For each startup, Google will create a list of three to five of its patent portfolios, based on the startup's business focus (as evaluated by Google), and allow them to choose only two from that list. If the selected portfolio doesn't suit the user's goals, Google will not provide any additional portfolios from which to choose.

Also, if the startup leaves LOT before the two years are up, the patents revert back to Google. On the plus side, the patents cannot be used to sue other companies, which seems reasonable for a program that aims to deter patent trolls. Google's description of the program states: "You can't take these patents and just start suing someone; rather, if you are first sued by someone or your products are accused of infringement in a third-party litigation, then you'd be free to assert your Google-acquired patents counter-offensively." 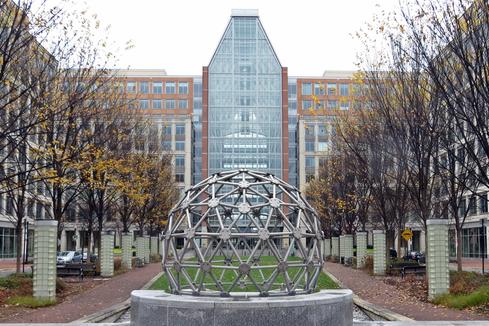 US Patent and Trademark Office.

It's a nice welcome to LOT at first glance: Fees waived, free patents, party hats. However, Google controlling what patents will be licensed gives it a stranglehold on which startups will be encouraged. Indeed, the FAQ page for the Patent Starter Program states: "Ultimately, however, Google may refuse participation in this program to any party for any reason (or no reason at all)."

Startups will also need to access Google's patent portal to see if they need to buy additional patents from Google for protective reasons. It seems that this is one way for a startup to get what Google won't give for free.

Google says access to the portal is "for assets that Google may be willing to sell. There is no cost for access to the portal, and Google will provide fair valuations on assets with which we are willing to divest. Google will respond to each request on a case-by-case basis and not every asset in our portfolio will be available for sale (and, in fact, many might not be)."

So, Google is not holding a patent fire sale here. The Patent Starter Program is a controlled way for Google to allow a limited number of small companies to use what Google may not want or need. It is also an image-burnisher for Google when regulators come knocking on its door.

Larry Loeb has written for many of the last century's major "dead tree" computer magazines, having been, among other things, a consulting editor for BYTE magazine and senior editor for the launch of WebWeek. He has written a book on the Secure Electronic Transaction Internet ... View Full Bio
We welcome your comments on this topic on our social media channels, or [contact us directly] with questions about the site.
Comment  |
Email This  |
Print  |
RSS
More Insights
Webcasts
The Failures of Static DLP and How to Protect Against Tomorrow's Email Breaches
5 Steps to Solving Modern Scalability Problems
More Webcasts
White Papers
Managing OTT Content Distribution in the Connected World
Transforming the Corporate WAN: Enterprise Network Insights
More White Papers
Reports
2021 Top Enterprise IT Trends
Special Report: The Changing Face of Threat Intelligence
More Reports