Apple optimized its core tablet apps, including iMovie and iPhoto, for the new iPad. But look what else you can do with the gorgeous new Retina display.
Jeff Bertolucci
Contributor
April 23, 2012 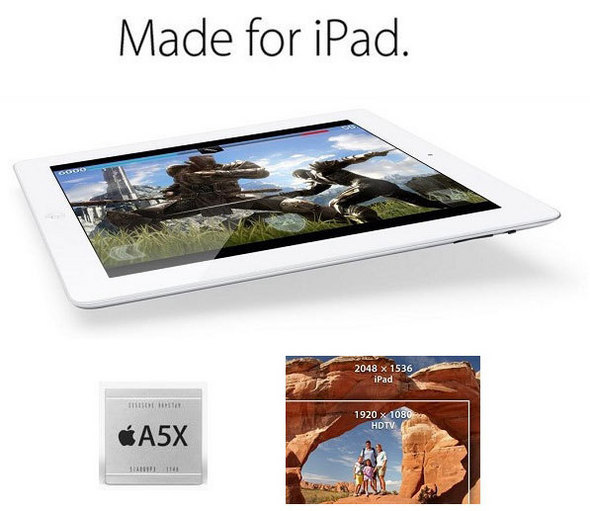 What makes the new iPad special? Quad-core graphics and 5-megapixel rear-facing camera are nice upgrades, certainly, but the tablet's flashy Retina display steals the show. With an eye-grabbing 2048- by-1536 pixel resolution at 264 pixels per inch, the new iPad's screen has twice the resolution and four times the number of pixels as its predecessor. Apple's newest slate may not be an essential upgrade for iPad 2 users, but it's a notable improvement compared to the first-generation model.

Apps optimized for the 3rd-gen iPad are arriving at a steady clip--but what exactly does "optimized" mean? Sharper text and graphics, mostly, but in some cases, you'll find additional advantages. Snapseed 1.4, a photo-editing app, supports larger images on the new iPad: 20.25 megapixels (MP) versus 16MP on the iPad 2. And Procreate, a powerful paint app, is fine-tuned to exploit the faster graphics engine of the 3rd-gen tablet.

The iPad is today's undisputed resolution champ, but its reign may not last long. Recent reports indicate that competing Android and Windows 8 tablets may soon feature very-high-res displays that match or surpass the iPad's megapixel magnificence.

Steven Sinofsky, president of Microsoft's Windows and Windows Live division, outlined in a recent blog post how the upcoming Windows 8 OS will support a variety of screen sizes and pixel densities, including 10.1-inch displays with 2560-by-1440 resolution.

So when will these very-high-res Windows 8 tablets arrive? It's hard to say. Windows 8 itself isn't slated to ship until sometime this fall, and it's unclear what the first batch of Win 8 tablets will look like. However, there's bound to be a variety of hardware options if major PC manufacturers including Acer, Asus, Dell, HP, Lenovo, and Toshiba, launch more than 30 Win 8 slates by year's end, as one recent report predicts.

If true, it won't be long before 1024-by-768 screens seem as archaic as your old analog TV. But until Retina-like displays arrive for other tablets, the new iPad is the only game in town.

You're already heard of iPhoto and iMovie, right? Well, here are 10 more apps that are beautiful matches for Apple's stellar screen.