From Apotheker to Zuckerberg, tech chiefs had plenty of time on the hot seat this year. Take a look back at the notable product, strategy, and security fails of 2011.
InformationWeek Staff
Contributor
December 16, 2011 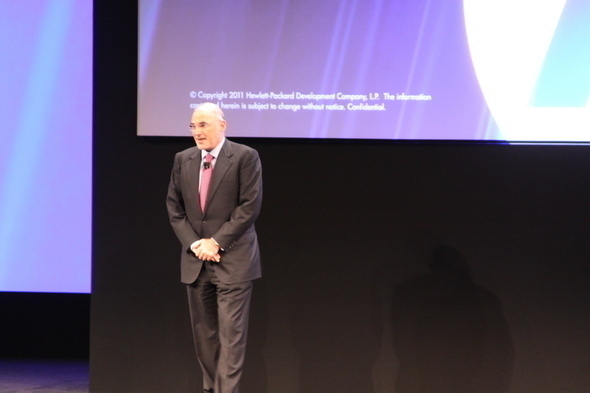 All of the tired mantras about failing (do it often but fast, it builds character) might work well on PowerPoint slides and in lectures to entrepreneurs, but companies and people don't set out to fail, and they don't brag about it when they do fail.

Chronicling the failures of companies is a special art that requires a cold heart and an assassin's dispassion. Or just a pundit's effluence. Somebody's got to be the bad guy, pointing out the foibles and follies of the IT industry, basking in all its ignominy. And it might as well be us.

An aside before we press on: Some readers might wonder why there are no Google technologies on this list. After all, Google killed more products this year (Wave, Buzz, Health, Labs, Gears--and don't get us started on Google Plus) than most companies launch in their lifetimes. But alas, InformationWeek's Tom Claburn covered that ground in Google's Graveyard: Dead Products Of 2011.

Ever since Oracle and its attorneys forced Leo Apotheker into hiding a year ago rather than testify at the Oracle-SAP trial, the ex-SAP-turned-HP CEO has lived under a cloud of scrutiny and doubt. In his short 10 months at the helm of HP, he did very little to erase either. He did pump more money into the company's famous R&D machine, but he also managed to put the company's $41 billion PC business in play--maybe for sale, maybe as a spinoff, but certainly as something not entirely within HP. He doubled down on mobile and then pulled away the company's chips before playing its hand. He spent big money on a big acquisition (content management software vendor Autonomy) that might ultimately pay off, but many of the customers who depend on HP for the core of their data centers were left wondering whether they had been left behind as HP chased something more glittery. People close to the company say Apotheker also brushed aside key executives and left the troops uninspired, at best.

Some insiders close to Apotheker insisted he is brilliant, and so we often gave him the benefit of the doubt. But time and again he disappointed us with his banality, or by taking issue with the premise of a question rather than just providing a truthful answer. He seemed more enthralled with escaping an issue or trying to leave his questioner wounded than with articulating a strategy. Or maybe he just didn't have one.

It's unclear whether Apotheker failed HP more than the company failed itself--mostly by choosing him, but also by letting him rush so quickly into big decisions. HP is the cloud. HP is all-in on mobile. HP is a software company. The PC business is too different from all of our other businesses.

Recently, we asked HP chairman Ray Lane what single thing changed between the company's announcement last summer that it was exploring spinning off its PC unit and new CEO Meg Whitman's decision a month ago to keep it intact. "It was too expensive," Lane replied. "The economics didn't work ... The cost to do the separation, the cost to set up two companies, the cost to each company and especially to HP was too great."

Fair enough, but it's a conclusion HP should have come to behind closed doors, before making such a mess of things. 2011 was a year in which HP clutched defeat from the jaws of victory. --Fritz Nelson