SEARCH
A minimum of 3 characters are required to be typed in the search bar in order to perform a search.
Announcements
Report
Find out what you need to know so that you can plan your next career steps and maximize your salary.
Event
Explore strategies, new technologies, and best practices to provide a secure infrastructure - Learn more at Interop!
PreviousNext
Government
Commentary

Bill Gates has gone from the most hated man in the industry to an incomparable technologist, businessman and philanthropist.
Howard Anderson
Senior Lecturer, Harvard Business School
June 20, 2013 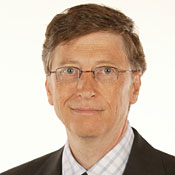 Bill Gates
Long before Larry Lucchino of the Boston Red Sox called George Steinbrenner Darth Vader, Bill Gates was in the computer industry's crosshairs and maybe the most hated man in technology.

I never could quite figure out why. Was it because Microsoft had 97% of the PC operating system market? Or because he strong-armed every PC company into taking his "offer"? Or because Microsoft so dominated the application and office suite markets? Or because he picked on Steve Jobs? Or because his wealth was so staggering? Or because he had run over Netscape and some of the other Internet pioneers, as well as the likes of Novell and 3Com and about 50 others, like a Sherman tank? Or because he had done the impossible: taken on the seemingly invincible IBM again and again and brought it to its knees, making the IBM PC just a "vehicle" for Microsoft's operating system and applications, a kind of low-margin value-added reseller? That bully, Bill Gates! Picking on the poor, defenseless IBM! Gates actually made people feel sorry for IBM.

But as they said in The Godfather: "It's not personal, it's business."

Home and business computer users didn't hate Microsoft or Gates. They were either neutral or positive. But the man was as hated in the computer industry as John Rockefeller was when Standard Oil was driving every other oil company out of business and his PR flack suggested he carry shiny dimes in his pocket to give away to children as a way of appearing lovable. Anyone can make friends, but it takes a special talent to make so many enemies of such high quality. Why had Bill Gates built this enemy list you could die for?

Let me tell you a story. It's 1980 and The Yankee Group, which I founded, is doing a consulting job for Sears, which had just hired a man named Phil Purcell out of McKinsey as the VP of strategy. Purcell had come to a startling conclusion: Sears was going to be enormously challenged in the retail industry, and this was when Wal-Mart was just a fledgling chain of stores in jerkwater towns in the South.

Sears' strength was selling to the American family. Our insight was that in 1980 Sears was known for selling things like seed, lawn fertilizer and garden hoses, and in the future you could stick a probe into the soil, attached to a home computer, and it would tell you what nutrients the soil needed and dispatch a Sears truck to aerate your lawn with those nutrients. Meantime, your car would connect to your PC and tell you when it needed servicing and set up an appointment at Sears Auto Care. You would buy things over your computer, and your computer would be your bank.

Purcell knew this revolution in home computers and communications would bring drastic changes, and he wanted to know who would be the Big Players: the cable industry, the phone companies, startups in home services? 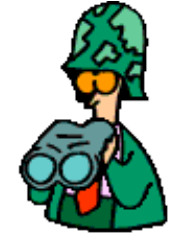 Purcell asked that I bring this message to the 80 top Sears guys in a place called Woodstock, Ill., at a two-day offsite. Purcell and his boss knew that if the merchants didn't get it, then nothing would ever happen. The meeting was orchestrated to help Sears management understand that somethin' was happenin' out there.

Purcell "suggested" that I bring some of my lowlife friends who were going to lead this revolution with me. I invited Bill von Meister, who was starting to provide access to The New York Times database over phone lines, a precursor to AOL; Mike Aysan, a techie from Manitoba Telephone who was providing data to homeowners on something called "IDA," an interactive way to get information and games; and Bill Gates, who was starring in his own little show up in Seattle.

Only Gates gave me crap about coming, complaining that Sears was the largest of the Big Iron Bigots, those companies who genuflected at the IBM logo. I explained to Gates that the IBM PC was coming out in three months and there would be only two authorized retailers in the U.S. One of them was Sears, which stood ready to put $500 million into a series of Sears Personal Computer stores. "You could do worse than suck up to these guys," I told him.

With some reluctance, Gates agreed and flew his sorry ass (coach, of course) to the meeting, at which he completely "misses" his audience of big-time merchandisers. All of them looked like ex-Big Ten lineman, 57 years old and tipping the scales at about 230, while Gates was 27 and skinny as a rail, talking a mile a minute and in computer jargon, rocking back and forth like a demented child. OK, so sometimes these meetings don't go as planned. 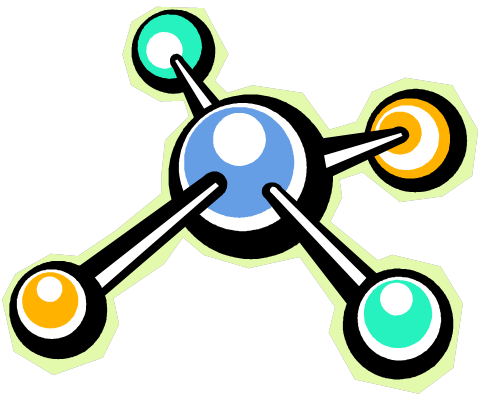 But something must have resonated. Sears went on to buy Coldwell Banker, the largest home real estate broker in America, and then Dean Witter, a regional investment bank strong in helping homeowners invest and manage their money, and then it joined IBM in something called Prodigy, an AOL wannabe. Prodigy actually ran off the Sears Network, which was powered by IBM. So Sears did see that the world was going to change. It was going to leverage its internal network to build businesses that attached to the home, such as the stores, Coldwell Banker, Dean Witter, Prodigy and anything else the investment bankers could think up.

Twenty years later, I'm visiting Purcell, who is now CEO of Morgan Stanley. "You're about the dumbest consultant I have ever hired," he told me. Why? "When Gates came to that meeting, he tried to sell 20% of Microsoft for $8 million to Allstate Venture Capital [which Sears owned] … and you let us turn him down!"

"Phil," I answered, "this is the first time I've heard of this, but none of us knew what Microsoft was going to be. But let me help you out here. If you stack $100 bills to a height equal to 20% of what Microsoft is worth, that stack would extend 100 miles straight up, and space is considered anything over 63 miles." Purcell just stared at me.

Gates was lucky enough or smart enough to hold off. Fifty years from now we will remember Bill (and Melinda) Gates as the finest and most thoughtful philanthropists of our generation. Gates is so good a salesman that he convinced the Second Richest Man, Warren Buffet, to give the Bill and Melinda Gates Foundation his money. And he made Buffet think it was his idea! (Actually, Buffet got a deal -- Gates had already done the heavy lifting and built the organization.) Then they both hucked the rest of the Truly Rich to give away half their money before they die. And many will.

And we all benefit. So, no, I don't hate Bill Gates. Never have. And I love the way that he's recycling his money to save the world. And so do you.