Look inside some of the most established HIEs and how they help U.S. health organizations share data, in the name of lower costs and better patient care.
Marianne Kolbasuk McGee
Senior Writer, InformationWeek
June 07, 2012 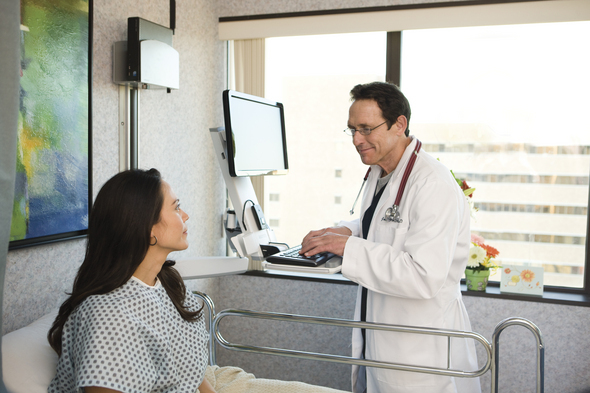 The HITECH Act's Meaningful Use program raises the bar for data sharing among doctors, hospitals, clinics, and other providers, with the goal of improving patient care coordination and quality. That's driving more healthcare organizations to join formal health information exchanges. But not all HIEs are alike.

Some healthcare providers are joining public health data exchanges, including statewide initiatives that have received funding from the HITECH Act or other sources. Other providers are collaborating with healthcare organizations in their region to form private efforts among hospitals and affiliated doctors and medical groups.

Although the Meaningful Use program has been fueling renewed HIE activity over the last couple of years, health data exchange efforts have been going on for more than a decade, with mixed success. After burning through seed money, some HIEs have run out of funds. Also, convincing healthcare providers to share information with competitors about their patients has been a tough sell, as has the notion of hospitals and doctors paying subscription fees to participate in--and financially support--these data exchange efforts. But the Meaningful Use criteria demanding more patient information sharing are slowly but surely changing minds.

Many of the HIEs operating today--both private and public--include participants such as hospitals, doctor groups, labs, pharmacies, and payers. And increasingly, more-specialized caregivers are beginning to join HIEs, including rehabilitation and long-term care facilities. Among the most common data currently shared include lab results, clinical summaries, medication lists, and medical image reports. Some exchanges also assist payers and providers in administrative transactions such as eligibility verification.

The proposed Meaningful Use Stage 2 agenda demands medical image sharing, with some HIEs already planning to incorporate this service. In fact, Maine's state-designated HIE, HealthInfoNet, recently announced that it had kicked off a pilot for healthcare providers to share patient medical images, including mammograms, MRIs, x-rays, and CT scans, statewide for the first time in the U.S.

"More people are doing health data exchange; it's definitely picking up," said Jennifer Covich Bodenick, CEO of the eHealth Initiative, a national organization representing 200 healthcare stakeholders ranging from public health agencies to private healthcare providers and consumer groups. About 234 HIEs currently operate in the U.S., including private and publicly funded exchanges, according to eHealth Initiative, which has been tracking HIE activities and progress for nearly a decade. Despite an interest in HIEs, providers have to divide their attention among many different IT initiatives, including Meaningful Use compliance and transitioning from ICD-9 to ICD-10, said Bodenick. "The biggest issue facing the healthcare industry right now is competing priorities," she said. Healthcare organizations figuring out their strategies for sharing patient data need to examine whether that includes participating in HIEs.

Here's a sampling of several HIEs in operation today, along with an overview of the kinds of services they offer to healthcare organizations seeking to securely share patient data.