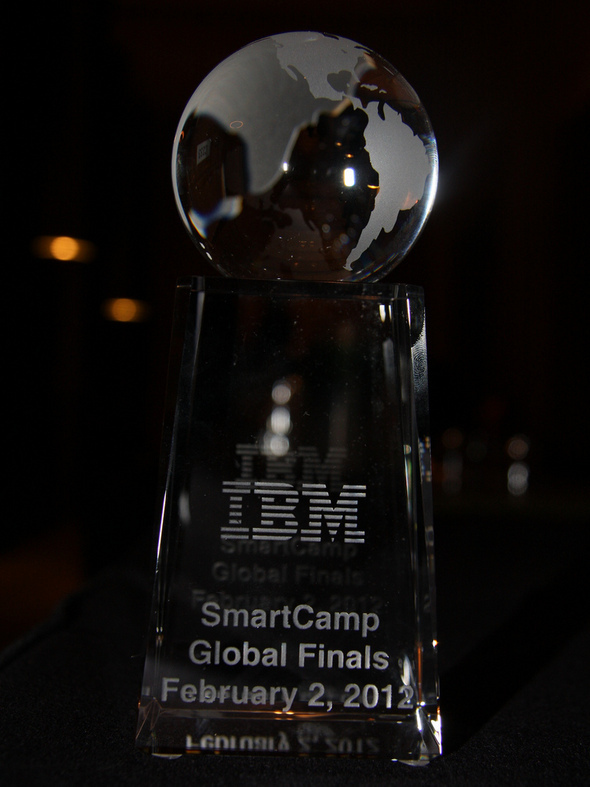 How do you turn big data into a big business--and not simply a big headache?

What's in it for the startups? Exposure, for one, to partners, investors, and others with the power and pull to help a small startup turn into a successful, sustainable business. Participants get access to mentoring, technologies, and capital to help bring their innovations to market. There are some bragging rights at stake, too--only one of the regional SmartCamp winners earns IBM's Global Entrepreneur of the Year title, after all. Another company lays claim the power of the people, as determined by online voting. The bottom line? Past SmartCamp winners have attracted more than $50 million in venture capital, according to IBM.

Though a diverse group, the nine finalists for IBM's Global Entrepreneur of the Year award might be summed up in a single word: Data. Specifically, how to mine large amounts of data for real value for a variety of uses. From shopping-cart sensors that track in-store consumer behavior, to monitoring surface water for dangerous toxins, to analyzing traffic patterns--of the old-school, rush-hour variety--these firms look to derive real results from ever-growing amounts of data.

The name of the game: New companies applying cutting-edge technologies to existing problems--and occasionally long-existing problems. That's well-mined terrain for small and midsize businesses (SMBs), and for good reason: Innovation is critical for smaller technology companies. So are the twin traits of speed and agility--something SMBs can carry in greater operational supply than their big business competitors. That's a good thing, considering the giant companies can always outspend them. And sometimes, big and small can find a mutually beneficial common ground--as is the case here.

Read on to learn more about the nine finalists, including the People's Vote and the Global Entrepreneur of the Year winners.