A new generation of advertising software plagues Facebook and Google. Is there anything they can do about it?
Larry Seltzer
Contributor
December 12, 2011

A new generation of adware is plaguing Google and Facebook users.

The ads appear as part of apps that users download to add "features" to Google or Facebook. Though they run on the user's computer, the apps plug their own ads into the user's Google search results or Facebook screen. A recent Wall Street Journal story described two applications from Sambreel Holdings. PageRage lets users set a "theme" for their Facebook page, such as the flag-draped "USA". BuzzDock lets users search multiple search engines at once. Both programs display advertising. 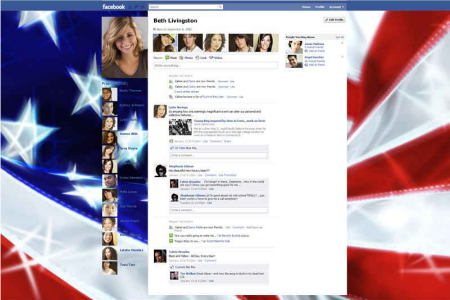 Facebook has a list of "known adware programs" which "claim to give you special Facebook powers, but actually cover your News Feed and profile (timeline) with ads." Sambreel's PageRage, BuzzDock, and DropDownDeals are among them.

Companies such as Facebook, Google and Microsoft, all quoted in the WSJ article, certainly have reason to be concerned about their users' experiences, but it's also true that these programs cause ads to be seen--ads from which Facebook, Google and Microsoft make no money. In the article, the companies all speak generally about the problems users might have with such applications, but they make no specific allegations against Sambreel's apps. Facebook says it is investigating legal options against Sambreel and has sent cease and desist letters to the company. Sambreel says it has no contractual relationship with Facebook and thus is breaking no agreements.

Sambreel claims that PageRage is "the most popular Facebook customization product in the world" and has over 6 million active users in over 200 countries. The WSJ article quotes Kai Hankinson, Sambreel's chief financial officer, as taking offense at the term "adware". "It is a nasty term to call us adware. The term we prefer is ad-supported software," he said.

PageRage actually has a premium version that costs $1.99 and does not include ads. There is a notice on the home page and as part of the installation process: 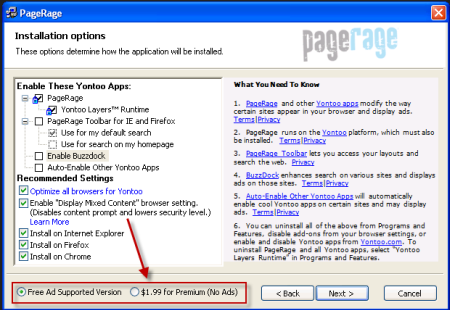 Sambreel discloses that it is "ad-supported," perhaps not as prominently as it might.

The Premium version seems to be the one shown on the website for all the PageRage themes, perhaps misleading users about what the site will look like after they install the program. Removing the app is not very intuitive. To uninstall, users also must remove "Yontoo," a platform on which Sambreel builds its apps.