Apple Vs. The FBI: Protecting The Poetry Of Code - InformationWeek

If the FBI had succeeded in its attempt to have Apple write a new version of iOS (FBiOS, perhaps?), then what would a tech vendor have been required to do next?
Apple CareKit, ResearchKit: 6 Apps Aiming For A Healthier World
(Click image for larger view and slideshow.)

The FBI says that it has cracked the iPhone in the California terrorist case. Apple says that it didn't have to write new encryption-busting software. Everyone seems to have gotten what they wanted. So, why are there still many questions bouncing around the industry?

Part of the problem is that we don't know which principles would have prevailed had the case gone to trial. The FBI dropped its charges against Apple after it determined it could get what it needed by other means. Each side claimed to be on the side of the angels, and good arguments were made by each party.

To me, though, the most compelling argument came down to whether it is right, in the US way of doing things, to force someone to write. 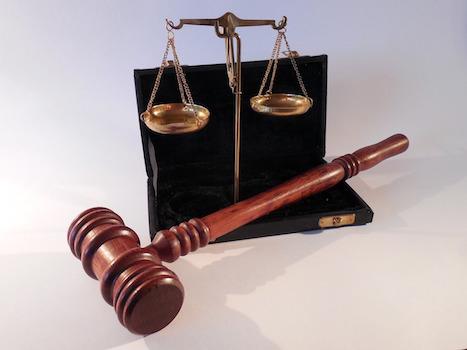 I am not a lawyer. I am someone who makes his living by leaning heavily on the First Amendment of the US Constitution. And certain arguments lead me to uncharitable thoughts. As an example, any argument that includes the phrase, "If it saves just one life..." makes me twitch in unattractive ways.

With all that out of the way, let's get back to the idea of the government forcing Apple (or any company) to write new software. Any software. I have a problem with the very idea, because it seems to me a Stalefish McTwist down a slippery half-pipe of government compulsion. If the FBI had succeeded in its attempt to have Apple write a new version of iOS (FBiOS, perhaps?), then what would an industry vendor have been required to do next?

The FBI's argument that this was a single case, and that no one would ever use the software or ask for anything similar again, had been proven false before the stories from the first press conference were filed. Federal prosecutors were publicly lining up to use the software (or similar legal means) to get Apple to provide paths into iPhones in dozens of cases. A sheriff in Polk County, Fla., had even promised to arrest Apple CEO Tim Cook if a prosecutor in Winter Haven, Fla., wanted iPhone info and Apple didn't comply.

With a legal precedent in place, every company that creates software that has any security feature would have been in the position of having to build a special government edition of the code, with full information-grabbing functionality included. And once those editions existed, then no operating system or application would have been secure.

My real problem isn't with the lack of security (though there are enormous issues with that). Rather, my problem is with the idea that engineers, programmers, and companies who believe in the importance of strong security might be forced to write programs that are intrinsically insecure. It would be like forcing Wordsworth to write free verse, or e.e. cummings to use the Caps Lock key on his typewriter. It would be wrong.

Now, I can hear two arguments about this. The first is that Apple is a corporation and commercial speech has less protection under the First Amendment than does individual speech. That's quite true, though all of the precedent regarding computer software as speech has involved commercial entities as the authors. The precedents leave a bit of murk about protection, though all of them are around whether software can be forbidden -- not whether it must be written.

The second argument is that forcing e.e. cummings to write with proper capitalization might hinder his artistic expression, but it wouldn't place lives in danger. That argument is true but irrelevant. In the US, our Constitutional rights aren't suspended when an individual life (or even quite a few lives) are placed in danger. Don't believe me? I give you the Second Amendment. And the Fifth. And sections of the Fourth.

Put simply, the statement widely credited to John Adams, the second president of the US, that ours is "a government of laws, not of men" means our principles are what matter most and are what we pledge our honor to uphold. We don't promise fealty to a person or an office: We are a nation that is united by ideas and ideals.

Sooner or later, another case will come up and we'll have this argument again. I truly hope, no matter the individual case, that we remember compelling people to work against their will has never gone particularly well for us. There are other ways to solve technological problems, and better ways to preserve our safety.

I suspect that some folks reading this will have other opinions on the subject. I'd love to have a discussion about your ideas in the comments section below. I look forward to the conversation as we all exercise our rights under the First Amendment.

Curtis Franklin Jr. is Senior Editor at Dark Reading. In this role he focuses on product and technology coverage for the publication. In addition he works on audio and video programming for Dark Reading and contributes to activities at Interop ITX, Black Hat, INsecurity, and ... View Full Bio
We welcome your comments on this topic on our social media channels, or [contact us directly] with questions about the site.
Comment  |
Email This  |
Print  |
RSS
More Insights
Webcasts
SASE: The Right Framework for Today's Distributed Enterprises
Managing a Hybrid Cloud Infrastructure
More Webcasts
White Papers
2020 SANS Enterprise Cloud Incident Response Survey
The Top 5 Mistakes Everyone is Making in Vulnerability Remediation
More White Papers
Reports
Protection Strategies for a Cyber-Resilient Organization
DNS Network Traffic Volumes During the 2020 Pandemic
More Reports