Beyond BlackBerry: Outdated Tech The Feds Should Dump - InformationWeek

The US Senate is finally ditching BlackBerry devices. Now, if only the rest of the government could leave the past behind. Here's a look at outdated tech still being used by federal agencies, including the military and the IRS. 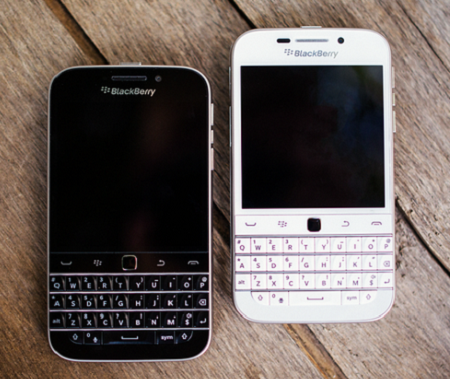 The US Senate has decided to stop offering staffers BlackBerry devices shortly before BlackBerry announced that it plans to stop manufacturing the BlackBerry Classic, known for its physical keyboard.

The news comes a few weeks after President Obama revealed that he had given up his beloved BlackBerry for an undisclosed new phone.

For the US government, technical euthanasia -- eupgrading? -- is rare. It's far more common to keep IT systems on life support for as long as possible. A Government Accounting Office report published in May found the US government spent about $61 billion of its approximately $80 billion 2015 IT budget on operations and maintenance of systems, some of which are more than 50 years old. That's 75% of the budget just keeping the lights -- or candles, given the age of some of these systems -- on.

The BlackBerry Classic was introduced in December 2014, though its distinctive keyboard has appeared in previous models, going back to the BlackBerry 850, a pager released in 1999. Even so, it's a relative newborn compared to some government systems.

Among the 10 oldest systems still being used, the youngest dates back 39 years. The two oldest, according to the agencies surveyed by the GAO, include elements that are 56-years-old, more or less.

The GAO concludes that many federal legacy IT investments have become obsolete because they rely on outdated software languages and hardware that are no longer supported by their original manufacturers.

"Agencies reported using several systems that have components that are, in some cases, at least 50 years old," the report says. "For example, the Department of Defense uses 8-inch floppy disks in a legacy system that coordinates the operational functions of the nation's nuclear forces."

The GAO would have liked to include more pictures of these systems in its report, but several of the agencies involved urged otherwise, ostensibly for security reasons. Being able to see specific details about these systems might allow hackers to identify vulnerabilities in particular components. It also might provide an embarrassing visual reminder of institutional paralysis.

Security through obscurity runs counter to a National Institute of Standards and Technology (NIST) recommendation from 2008: "System security should not depend on the secrecy of the implementation or its components."

However, NIST also advises against configuring servers so that they reveal unnecessary information. While security through obscurity may be ill-advised in the context of IT vulnerabilities, where automated searching makes piercing the veil much easier, it's a common security practice nonetheless.

We may not be able to eliminate the tendency of government agencies to try to protect themselves by withholding information. But we can at least encourage them to upgrade sooner. Here are a few of federal agencies that could take a cue from the US Senate by ditching outdated tech.

Take a look and let us know what you think. Do you have anything to add to the list? Or do you wish you were still working with any of these old technologies?