Crowdsourcing: The Future Of Consulting? - InformationWeek

Wikistrat's eclectic community of analysts beat the CIA by predicting Russia's annexation of Crimea. Should crowdsourcing play a bigger role in the consulting industry?
10 Powerful Facts About Big Data
(Click image for larger view and slideshow.)

On February 27, the US intelligence community said there would be no Russian invasion of Ukraine. A day later, Putin's troops crossed the border into Ukraine and began working toward annexation.

Whether the failure of US intelligence services was an indication of incompetence or simply revealed the strategic brilliance of Vladimir Putin, it nonetheless illustrated how crowdsourcing might provide a viable and more accurate set of tools to foresee future events.

Wikistrat says it's the world's first crowdsourced consultancy that "leverages a global network of subject-matter experts via a patent pending crowdsourcing methodology to provide insights unavailable anywhere else." Its crowdsourcing method is to solicit analysis from a large pool of contributors -- from retired generals in Pakistan to professors in China and security analysts in Europe. The company's clients currently range from governments to multinational corporations. 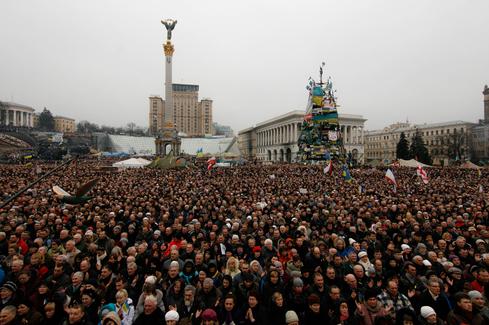 Crowdsourcing versus traditional consulting
Joel Zamel, CEO of Wikistrat, argues that crowdsourcing is a powerful method to construct credible future scenarios, from political upheaval to famine outbreaks and global trade. According to Zamel, Wikistrat -- with its global community of analysts -- beats traditional consulting simply due to its diversity, a theory that's rooted in the idea that there is power in numbers.

"Crowdsourcing helps you to reveal the outlier scenarios that are only seen by experts in the geographical periphery," he says. "With a multidisciplinary network of experts around the globe, the diversity of perspectives and numbers enables us to rapidly map out hundreds of potential scenarios about a given issue, which is only made possible by the crowdsourcing methodology."

Zamel's belief in crowdsourcing therefore presents a dilemma to older and traditional means of consulting. "Groupthink is a major problem in bureaucratic organizations and traditional consultancies," he says. "With crowdsourcing there's not one synchronized voice but many, which ultimately will lead to a better understanding of a given situation."

Disruptive force
While Zamel is not convinced that crowdsourcing will replace other methods of consulting, he sees it as having a disruptive impact on heavy government bureaucracies and traditional consulting services.

"It will break bureaucracies and ruin bigger consulting firms because it is faster, better, and cheaper. Five times the speed, a third of the cost, with actual diversity of perspective. Instead of a handful of American professionals with limited experience sitting in a room, we have a hundred analysts around the world from professors in China to PhDs in India."

Telling it like it is
Perhaps the most interesting and convincing argument for Wikistrat's model is the level of objectivity it promises. It's hard to erase all human bias, but with crowdsourcing corrupting influences are minimized.

"At traditional consultancies, consultants provide clients with the advice that they want to hear. In our model, analysts are unaware of the clients' identity so there's no possibility of analysts telling them only what they want to hear," Zamel says. "This approach allows the notion of objectivity to reach a new level of authority. It is quite literally an objective assessment."

Time for a change?
The consulting industry is conservative because big firms such as McKinsey operate under a strict corporate culture. Conservative methods might not be suitable for predicting the future of novel technologies such as 3D printing or unmanned aerial vehicles. In other words, the consulting industry is overdue for disruptive change.

Wikistrat's Russia-Crimea prediction was not an isolated fluke. The company boasts other success stories, including predicting accurately the outcome of the Venezuelan elections and the violence that followed. Wikistrat analysts also foresaw the plummeting of the price of bitcoin due to unusual activity surrounding the crypto currency.

Wikistrat's business model coupled with its several successes illustrate how a diverse community can provide credible insights into global events, outperforming the hierarchical and homogenous means employed by traditional consulting firms. Wikistrat's Russia prediction suggests that national security analysts and others seeking accurate predictions should look beyond traditional consulting partners and recognize that the future of intelligence gathering and interpretation is with the crowd.

How well are the people in the pool of contributors compensated? Clearly that would be telling in how diligently they think about the question posed. Overall though, it's past time that these big group-think tanks were shaken up. Good for Wikistrat.
Reply  |  Post Message  |  Messages List  |  Start a Board
InformationWeek Is Getting an Upgrade!