The US government is reaching out to the technology development community in its fight against the Ebola epidemic in West Africa by using big data and rapid development tools. This effort includes projects to improve regional communications and IT infrastructure, using big data tools to track the disease and coordinate medical responses, and developing better equipment for healthcare workers.

As the point agency coordinating the US and international response to the crisis, the United States Agency for International Development (USAID) is working on a multi-faceted approach to applying technology to solve the crisis, Steven VanRoekel, the agency's chief innovation officer, said at a recent government/industry symposium. In September, VanRoekel left his role as White House CIO to rejoin USAID, where he had worked previously.

One pillar of the USAID approach is rapid diagnostics for Ebola patients. Currently, blood samples are analyzed with polymerase chain reaction (PCR) machines. These machines are large and very expensive, making them unsuitable for field deployment. Health officials have developed a rapid turnaround rate, analyzing blood samples in as little as 24 hours. But even a 24-hour turnaround is not fast enough when dealing with large numbers of patients.

USAID is working with the scientific community to develop a portable, field-ready diagnostic machine roughly the size of an espresso machine, VanRoekel said. Rapid progress is being made on developing and certifying the device. 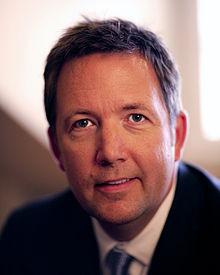 Communications between health workers, laboratories, and government agencies is another important area of work. Because of the poor infrastructure in the region, cellular and wireless access to the Internet is either impossible or very slow. In some areas of limited connectivity, it can take up to 24 hours to send or receive a text message, VanRoekel said. USAID is developing and acquiring methods to bolster this capability by working with local telecommunications carriers and governments to help improve regional communications.

Data is also very important to stemming the crisis. Many people in West Africa are collecting data, VanRoekel said, but this information needs better analysis to know what is happening on the ground. The US government is creating databases of regional information such as logistics capabilities, electronic health records, and epidemiological data about Ebola to help nations build their medical capacity to fight future outbreaks.

USAID is also looking at applying big data techniques in the fight against Ebola. An example of this effort involves maps created by collecting information from mobile device records, population data, and weather data, and layering them on top of one another to help track the disease, plan treatment, and head off further outbreaks, VanRoekel said.

Making a better protective suit is another major factor in stemming the outbreak. Medical personnel working with Ebola patients wear plastic clean suits. Because the disease spreads through bodily fluids, the suit must allow no moisture to get inside. Tape is used to seal the gloves, seams, and edges of the suit to keep pathogens from entering. Two layers of medical gloves, goggles, a hood, and additional gear such as a rubber apron seal off the worker from contaminated fluids.

But the suits have serious drawbacks. First, they are hot, which limits the time workers can remain suited up. This problem is compounded by the high temperatures, humidity, and general lack of air conditioning in West Africa.

But the most dangerous thing about the suits is removing them. Because each suit consists of multiple layers, removing one is a complex, time-consuming activity that requires an assistant. If there is any contaminated fluid on the outside of a glove or the edge of a goggle, any bumping or jostling during the removal process could put it in contact with the worker's skin or soft tissues, which can lead to exposure.

USAID recently held a two-day "maker" fair, bringing in a variety of companies and organizations such as medical suit manufacturers and nontraditional organizations like makers of cooling vests for race car drivers or other sporting equipment, VanRoekel said. These groups met and brainstormed on how to develop and redesign the clean suits.

One prototype suit redesign made at the meeting moved the main zipper to the back of the suit and included internal tabs that allow the wearer to remove the suit without having to touch the outside of it, VanRoekel said.

USAID is also launching a grand challenge to bring in new innovators to provide new concepts for medical gear. VanRoekel said there have been hundreds of submissions, and the agency will soon hold a "bake-off" in which a panel of government and industry health judges will select the best of these new ideas.

What will you use for your big data platform? A high-scale relational database? NoSQL database? Hadoop? Event-processing technology? One size doesn't fit all. Here's how to decide. Get the new Pick Your Platform For Big Data issue of InformationWeek Tech Digest today (free registration required).

I traveled to Sierra Leone and Liberia a decade ago to visit with the UN Peacekeeping missions in those countries, and one challenge with deploying any tech there is the quality of the electrical grid and the frequent jolts it takes from lightning. (The name Sierra Leone is supposedly something like "the lion in the mountain roars" in Portugese, a reference to the rumble of thunder in the mountains.) If you don't plan for that, whatever tech you deploy gets toasted on a regular basis. The UN had a no-questions-asked returns deal with Cisco because of all the routers and switches that got burned out.
Reply  |  Post Message  |  Messages List  |  Start a Board
InformationWeek Is Getting an Upgrade!