Led by President Obama's counselor John Podesta, the review will help shape an action plan surrounding the collection, availability, and use of big data.

The White House has launched a comprehensive review of the growing use big data analytics and its potential impact on the future of privacy. As part of the effort, the President's Council of Advisors on Science and Technology (PCAST) will conduct an in-depth study that explores the technological dimensions of the intersection of big data and privacy, according to president Obama's counselor John Podesta, who is leading the review.

Over the next 90 days, Podesta's working group will reach out to privacy experts, technologists, and businesses to examine "how challenges inherent in big data are being confronted by both the public and private sectors, whether we can forge international norms on how to manage this data, and how we can continue to promote the free flow of information in ways that are consistent with both privacy and security," Podesta said in a January 23 post on the White House blog.

[Keeping up with all that data doesn't come cheaply. Read What All That NSA Intelligence Costs.]

PCAST's study on big data and privacy will involve discussions with think tanks, academic institutions, and other organizations, and the group will work with the industry to identify technologies of interest. Results from the study will be used to create a comprehensive report that encompasses future technological trends and key questions surrounding the collection, availability, and use of big data, according to Podesta.

"[The report will] identify technological changes to watch, determine whether those technological changes are addressed by the US's current policy framework, and highlight where further government action, funding, research, and consideration may be required," Podesta said. "We expect this work to serve as the foundation for a robust and forward-looking plan of action."

The review of big data is just one of several initiatives outlined by the president on January 17, when he announced the outcomes of a wide-ranging review of US intelligence programs. Obama also issued a new policy directive, which lays out principles that govern how the US conducts signals intelligence collection. 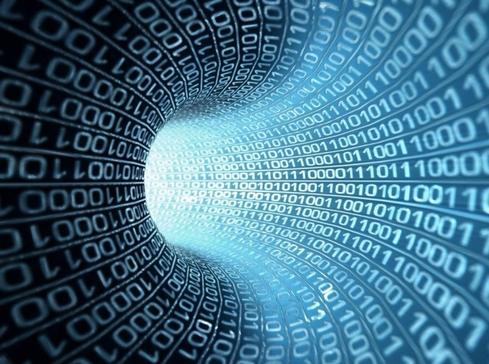 Going forward, the president said, his administration will adopt a series of "concrete and substantial" reforms that include a majority of the recommendations made by the group that reviewed US intelligence programs. This includes making changes to how the government is organized. The State Department will designate a senior officer to direct diplomacy on issues related to technology and signals intelligence.

A senior official will also be appointed at the White House to carry out new privacy safeguards that were announced last week.

A well-defined perimeter is only half the battle. Agencies must also protect their most valuable data. Find out more in the Secure The Data Center report. (Free registration required.)

We welcome your comments on this topic on our social media channels, or [contact us directly] with questions about the site.
Comment  |
Email This  |
Print  |
RSS
More Insights
Webcasts
Take DevOps to the Next Level
Managing a Hybrid Cloud Infrastructure
More Webcasts
White Papers
How to Avoid the Challenges of Cross-Platform Data Access Governance
Data-Driven Vulnerability Remediation with Vulcan Cyber - A Case Study With Snowflake
More White Papers
Reports
We Need Your Input: Trends in Workforce Optimization
Immuta Data Engineering Survey: 2021 Impact Report
More Reports

Interesting how the rise of Big Data is sparking a White House level policy debate.  Obviously the NSA revelations forced the President's hand. But clearly, privacy issues are now much higher on Obama's radar than they used to be.
Reply  |  Post Message  |  Messages List  |  Start a Board
InformationWeek Is Getting an Upgrade!