Box adds editing, search, and new partners as it strives to position itself as a cloud content management platform.
Boonsri Dickinson
Associate Editor of BYTE
October 09, 2012 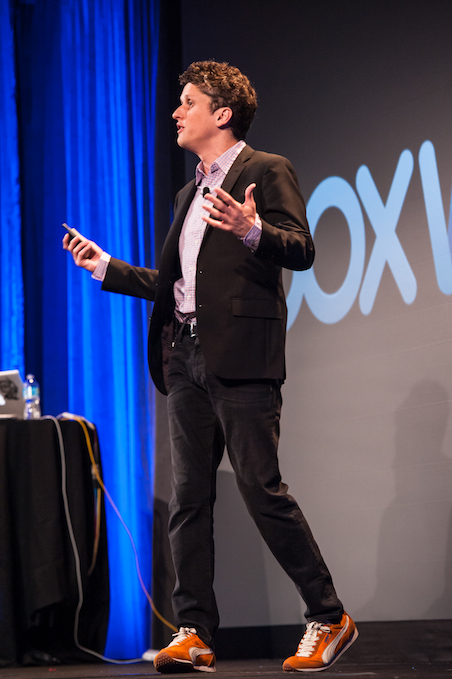 Box announced Tuesday at its BoxWorks 2012 conference 10 new enterprise software partners, furthering its position as a content destination for mobile workers looking to manage workflow. Box also announced several new features, including editing, that should appeal to its growing number of users. "Content is the center of how we do work in the mobile environment," said Box co-founder and CEO Aaron Levie in his keynote.

It has been a big year in mobile adoption, with Box seeing a tenfold increase in usage from iOS device owners and 30 times more usage from Android owners, said Levie. There are 14,000 Box developers, and 500 million API calls monthly, he said.

Levie said that the cloud is changing how IT departments are run. IT used to increase productivity and reduce cost, but mobile is changing that. Employees want to work with anyone from any device anywhere.

Mobile computing is revolutionizing entire swaths of business as well, especially healthcare, finance, and education. An estimated 44 billion mobile apps will be downloaded by 2016. The number of enterprise-relevant apps has doubled in the past year due to the convergence of cloud, social, mobile and information, said Levie.

IDC predicts there will be more than 1.3 billion mobile workers by 2015, with more mobile phones being purchased than PCs. Those workers will be able to work anywhere with anyone--coworkers, vendors, contractors, and clients--all connected by the cloud.

"We think managing content sits at the center of this change. Before you'd have to download it, now Box can handle the edit," Levie said. He demonstrated how to edit a Microsoft Word document within Box.

Another new Box feature is the ability to search for content. Levie also introduced Box Embed, a feature that provides an HTML5-based embeddable framework. This lets users embed content into any website, including forums, wikis, and blogs.

"For the end user, the huge productivity gain [that] edit will enable is a huge development," said Martin Schneidner, research director at 451 Research. "Box Embed widens Box's reach and relevance with all application providers."

Box faces challenges as it aims to scale into a content platform. "Box's strategy of becoming the Switzerland of content--a vendor-neutral repository of content--is quite logical," said Ray Valdes, VP of Web services at Gartner. "The problem is that you have to build roads over some mountains to connect to each of the other territories. Cultivating a robust developer community will help build those roads."