Jim Knight, global CIO for Chubb Group of Insurance Companies, says the company's move to Jive as a social business platform is all about innovation and collaboration. Not required: sleepless nights.
Michael Fitzgerald
Contributor
March 18, 2013 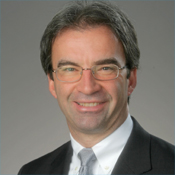 Jim Knight
Jim Knight's company is about to roll out an important social business platform, but he's barely thinking about it.

"From an IT point of view, I will not lose a minute of sleep" over the rollout of Jive, said Knight, the global CIO at Chubb Group of Insurance Companies, a $15.8 billion specialty insurer based in Warren, N.J.

A major enterprise software rollout across 10,200 employees used to guarantee at least headaches. But about 40% of Chubb's employees already use the Jive social business platform, so testing issues are long since dealt with. Jive is a cloud application, so adding more people has no impact on Chubb's systems. Enrolling people isn't even the province of IT -- the decision to implement it companywide comes from Chubb's other CIO, chief innovation officer Jon Bidwell.

Bidwell and Knight did work closely together on developing the company's social business platform. The idea of social business at Chubb started in June 2008 as an effort to push new innovations further out in the organization. Knight and some other Chubb executives had attended an innovation day at IBM, and liked IBM's innovation process.

Bidwell wanted to launch a company-wide innovation event on Sept. 24, 2008, just three months after the innovation process idea had been presented to the board. Knight's IT team worked with IBM and Imaginatik and made the event happen on time, replete with video presentations from top Chubb executives. That event involved a competition for best new product ideas, with the top five ideas getting funding. People with particularly bold ideas were given Giraffe Awards -- for sticking their necks out.

Knight won't disclose the price, other than to say "it wasn't like breaking the bank."

To employees participating, it looked like they were logging into a Chubb system called Motivate+Drive+Deliver, or MDD. That first MDD event has spawned dozens more, and yielded ideas that led to multiple new products. Departments, including IT, have used the Imaginatik platform to foster internal innovations.

Knight says that the value of a platform like Imaginatik is that it is built specifically to help create and rate ideas, both company wide and in specific departments. He said that at one point, Chubb had tried to create a way to use Lotus Notes to brainstorm cost-cutting ideas. Notes, though, became "a repository of ideas, not a collaboration system," said Knight. The Imaginatik system was tied to specific events, with set goals and the ability to rate.

Because of the success of its Motivate-Drive-Deliver events, built on the Imaginatik platform, Knight asked the IT department's 2009 summer interns to brainstorm the best ways for the business to use social networking. Their presentation on the uses of social networking for the business ultimately led to Chubb deciding to pilot Jive, a cloud-based social enterprise tool. Chubb started with some small communities, including one in IT dedicated to project management. Knight says IT wanted the community because Chubb IT operates as a federation, with individual IT units and heads, and it hoped Jive would help the units communicate more effectively.

"It just picked up steam," said Knight. He credits Bidwell with taking the project and sponsoring it in other departments, driving growth. Where Imaginitik's platform is about one specific thing, ideas, Jive is more free form. Jive communities can be open, or can be closed, depending on their purpose. Knight says one of his units devised a Google-like workspace with low cubicle walls, a "jam space" and lots of color, and he was able to post the concept to his direct reports in Jive and get their feedback.

Internally, Jive looks like an internal Chubb system, called ChubbConnX. (There is also a ChubbConnEX, used to collaborate with external parties such as insurance agents.) Mark Schussel, Chubb's VP of public relations, says the system helps him do his job. One of the groups he joined is the appraisers' group. He noticed it was having a discussion about sinkholes. He posted some questions, and thinks he can use what he learned to develop a pitch that would highlight expertise within the company on a topic in the news.

Chubb is not alone -- 79% of companies use some sort of social enterprise network, according to a recent survey by International Data Corp.

In his blog on the survey, IDC analyst Michael Fauscette noted that 28% of companies are, like Chubb, using more than one network, and said, "The #1 initiative is now online communities." He said the reason is that enterprise social networks comprise "the new vehicle for enterprise collaboration and knowledge sharing."

Knight says the social business platform is the sort of project that does not need to be cost justified. "It's hard to put a dollar figure on, 'Oh, now I know how to underwrite in-floor heating,''' he said. "But any good decision maker will see that [having this ability] makes complete sense. The value is just in your face."

Cloud services enable IT to streamline systems and application management functions and redirect resources to business-focused projects. But the public cloud isn't "set it and forget it." CIOs are finding it challenging to hire people who are familiar with IT fundamentals but who also have relevant business and soft skills. Download our Public Cloud Management Talent Shortage report today. (Free registration required.)