By moving its core operating functions to the cloud, the Securities and Exchange Commission has increased the speed and flexibility of its financial data services and saved money through increased efficiency, a top official claims. Responsible for regulating the securities industry, the SEC manages massive amounts of data for analysis and to provide the finance industry and individual investors with updated information. To do this, the commission's website and data centers must be able to absorb massive spikes in use.

Over the last three years, the SEC has modernized its IT infrastructure, improved funding for its online component, and started to move its core functions to public and private clouds, said Thomas Bayer, the commission's CIO, who spoke at a recent government cloud computing symposium held by the Armed Forces Communications Electronics Association. By moving to the cloud, he noted that the SEC saved $18.5 million in operations and maintenance costs in 2013, adding that the commission saw reduced costs both for its private cloud and even more for use of the public cloud.

In 2013, the SEC consolidated its data centers into two centers supporting a private cloud. After moving its systems to the private cloud, the SEC then leased its space, power, and cooling needs from vendors. By taking these steps, the commission reduced its operating costs and improved the uptime of its site, Bayer said.

[It's time for IT leaders to get serious about the public cloud. Read Cloud Disaster Recovery: CIOs Must Lead.]

The plan is to move all SEC.gov site capabilities into its private cloud. Bayer said this will greatly improve both security and functionality, noting that the SEC receives 2.5 petabytes of data daily and the commission's analysts use the Market Information Data Analytics System (MIDAS) big data analysis tool to track and report trends in the stock market via the SEC.gov site. 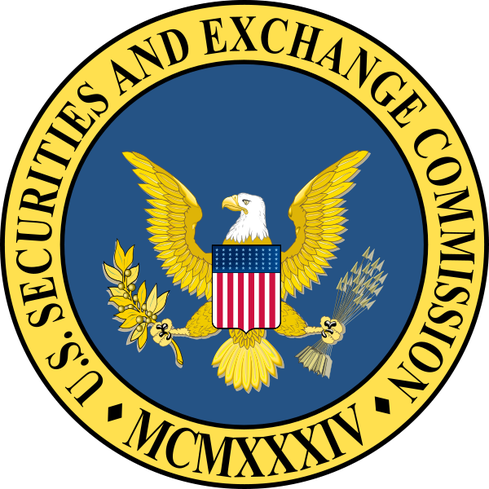 An important component of the site is the SEC's Edgar electronic financial filing records system. Uptime is important because the cloud-supported SEC website gets 2.5 billion hits a month, Bayer said. One important aspect of the cloud system was its ability to handle surges associated with the filing of major rule changes or company financial reports.

Once the SEC moved to its cloud vendor, there was a 300% improvement in its data refresh rates, according to Bayer. An additional benefit of moving to the cloud is that it essentially provided the commission with unlimited bandwidth. This is important, Bayer pointed out, because when a major firm such as Google makes a filing, the SEC gets a massive spike in site visits and download requests.

So far, hosting the current set of capabilities in the cloud has proved to be very efficient, Bayer said. The SEC is now moving its core capabilities into the cloud. The SEC's cloud is a managed service that charges by use, he explained, which has allowed the commission to both save money and to keep track of how it uses its IT assets.

Although the SEC has moved many of its operations to a public and private cloud model, it still maintains the core of its Edgar and SEC.gov capabilities in-house. But while this infrastructure is still in place, it is much smaller than before. Bayer added that the SEC is busily shrinking down this remaining infrastructure as much as possible through data center consolidation.

Moving to a private cloud has also greatly improved the SEC's security. Bayer emphasized that its financial information is extremely secure. "It puts us on a par with those that we oversee," he said, noting that the financial community uses similar systems and technology to defend its data.

Another facet of the new site is that it has made access very tablet- and mobile device-friendly. The site was moved to IPV6 to facilitate this use and now 35% to 40% of the traffic comes from mobile devices and tables.

The SEC also uses big data analytics tools like MIDAS to provide rapid financial trending analysis to users and customers accessing the site. A major filing by the likes of Google or Facebook will cause both a spike in site hits and on requests for analysis. "You can't get 88 million hits in an hour and be able to serve that up [with human analysts]," Bayer said.

Henry Kenyon is a contributing writer to InformationWeek Government. He has covered Government IT and Defense markets since 1999 for a variety of publications including Government Computer News, Federal Computer Week, AFCEA's Signal Magazine and AOL Government. View Full Bio
We welcome your comments on this topic on our social media channels, or [contact us directly] with questions about the site.
Comment  |
Email This  |
Print  |
RSS
More Insights
Webcasts
Zero Trust for a Work-From Home World
Hybrid Cloud: The Great Balancing Act
More Webcasts
White Papers
Why Add Security to Your Skill Set and How to Do It
Understanding Credential Abuse Attacks: A Real-World Example
More White Papers
Reports
Building the SOC of the Future
How IT Security Organizations are Attacking the Cybersecurity Problem
More Reports

Just like any other organization, it is a fact that the Securities and Exchange Commission has increased the speed and flexibility of its financial data services and saved money through increased efficiency, a top official claim. Cloud computing helps the organization be able to perform the bulk of its duties which include: collecting, analyzing and reporting on any kind of financial data much more efficiently than how it used to. Cloud computing has yet again proven its efficiency in the day- to –day work and business dealings.
Reply  |  Post Message  |  Messages List  |  Start a Board

CRM Trends 2021: How the Pandemic Altered Customer Behavior Forever Jessica Davis, Senior Editor, Enterprise Apps,  2/18/2021
White Papers
Why Add Security to Your Skill Set and How to Do It
How Secure Are Your Endpoints?
The Infoblox Q4 2020 Cyberthreat Intelligence Report
Accelerate Threat Resolutions with DNS
5G-Enabled Edges of Tomorrow Require Converged Network and Security