DelBene, who most recently served as president of Microsoft Office Division, will succeed Jeff Zients as a senior advisor to Sebelius and will work closely with the White House and senior HHS leaders, Sebelius wrote in a blog post. DelBene has agreed to serve in the role "at least through the first half of next year," she said, as the administration officials prepare to beef up efforts to enroll citizens into the government's Affordable Health Care for America Act program.

"Kurt has proven expertise in heading large, complex technology teams and in product development. He will be a tremendous asset in our work," Sebelius said.

She also praised Zients, who took over the HealthCare.gov project after widespread performance problems erupted into a political firestorm for the administration, following the exchange's Oct. 1 launch. Zients, a former acting director and chief performance officer at the Office of Management and Budget, orchestrated a series of repair initiatives to fix more than 400 software bugs and upgrade the site. 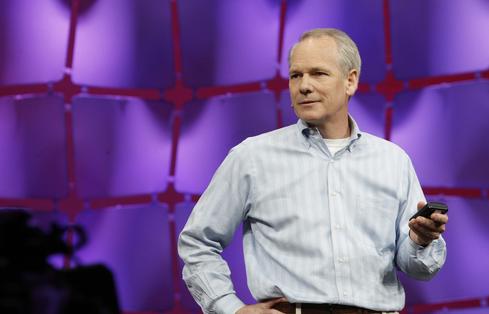 "Kurt will provide management expertise, operations oversight, and critical advice on additional enrollment channels, field operations, marketing and communications," Sebelius said. "The President and I believe strongly in having one person, with strong experience and expertise in management and execution, who is thinking 24/7 about HealthCare.gov."

DelBene, who has worked for Microsoft since 1992 and has not held an administration position before, will need to focus quickly on the administration's goal of ramping up enrollment in the federal healthcare exchange, and ensuring the site's performance meets expectations, in time for the March 31, 2014, deadline when open enrollments close.

As Sebelius laid out the task in her blog post, that will mean focusing on "increasing system stability, redundancy and capacity, and building on improvements to the user interface, while continuing to prioritize security and privacy issues in line with industry best practices."

But he will also have to learn the finer points of working with many players behind the scenes of the troubled Obamacare website, including CMS administrator Marilyn Tavenner, who heads up the agency responsible for the website, and the project's general contractor, QSSI, which was elevated to manage development when Zients took control, displacing the original contractor, CSI Federal.

According to Microsoft, DelBene held leadership roles at the company, including the Microsoft Business Division, Microsoft Outlook and Microsoft Exchange. He had announced in July that he planned to retire from Microsoft by the end of this year.  DelBene is the husband of freshman Rep. Suzan DelBene (D-Wash.)

InformationWeek Conference is an exclusive two-day event taking place at Interop where you will join fellow technology leaders and CIOs for a packed schedule with learning, information sharing, professional networking, and celebration. Come learn from each other and honor the nation's leading digital businesses at our InformationWeek Elite 100 Awards Ceremony and Gala.  You can find out more information and register here. In Las Vegas, March 31 to April 1, 2014.

I can't say that's a job I'd be racing to take.  Now might be a better time to take the position than when the project started since we know what shape the site is in right now but I get the feeling there will still be a lot of bumps in the next six months.  I wish him the best of luck but I suspect he knows what he's getting into and has a turn around plan in mind.
Reply  |  Post Message  |  Messages List  |  Start a Board

I was surprised that the Obama administration didn't take on more tech professionals to handle it in the first place. It was a bit shortsighted to expect such a high profile system to not suffer problems this soon out the gate.
Reply  |  Post Message  |  Messages List  |  Start a Board

I've interviewed DelBene a handful of times and think he's a good choice to lead this effort. He's upbeat, unflappable, on-message, and smart. He led Microsoft's cloud move to Office 365 and handled other enterprise-grade initiatives with aplomb. This country needs affordable healthcare that works, so let's hope DelBene can lead the way on this project.
Reply  |  Post Message  |  Messages List  |  Start a Board

I'd think the ideal candidate would be someone who had led a consumer-focused Internet project team, with experience addressing the scale and usability issues that entails. Or maybe not: arguably the shortcomings of HealthCare.gov have been more at the level of project management and looks like he has those chops.
Reply  |  Post Message  |  Messages List  |  Start a Board

I met and interviewed DelBene as well and found him to be smart and even-keeled. He's well-respected at Microsoft and did a good job managing the Office division and transitioning to the Office 365 cloud service. I bet he's glad to be taking over healthcare.gov now rather than three months ago. At least now we know generally what needs to be fixed.
Reply  |  Post Message  |  Messages List  |  Start a Board

Office 365 is pretty much the epitome of a high-scale, consumer-facing Web site. Yes, businesses and large orgs are a big part of the user base, but so too are small businesses and individuals.
Reply  |  Post Message  |  Messages List  |  Start a Board

Thanks for chiming in Whoopty.  But I think this was a case where what the administration needed was more project management professionals -- capable of building the equivalent of a city, not a building -- than simply taking on more tech professionals.
Reply  |  Post Message  |  Messages List  |  Start a Board

Doug, I think you nailed the kind of skills that will matter at this point.  Appreciate your assessment.

One thing in DelBene's favor: He agreed to take the job for just six months.  That means he can focus on what needs to be truly fixed and properly engineered without getting trapped into more of the operational morass. He won't be able to change acquisition rules, or contracts.  But he will be able (hopefully) to put the necessary management disciplines and technology development practices in place to let HHS/CMS move forward.
Reply  |  Post Message  |  Messages List  |  Start a Board

I don't know anything about him, except for what's given in the article and I worry about the possibility that he'll try to use his new job to his current employer's advantage, but if he does his job well and puts together a system that even ACA opponents can be proud of, then he will deserve the country's thanks; and maybe he can succeed Steve Ballmer as MS-CEO.

Too many critical eyes are watching for DelBene to come in and try to make HealthCare.gov use more Microsoft technologies. I don't think he'll do that. The problem, if there is one, is that he may be schooled too much in how Microsoft projects work and not enough in how a big government project, with many interoperable, cross-vendor pieces, has to work.
Reply  |  Post Message  |  Messages List  |  Start a Board
Page 1 / 2   >   >>
Editors' Choice
Hot Topics