Americans are concerned about their privacy and would like to do more to protect their privacy, but doubt their ability to do so, according to a Pew Research Center study.

As other reports have indicated in the past, this one found that Americans worry about privacy but will surrender it for convenience. However, the ongoing series of news reports arising from documents revealed by Snowden have made Americans more aware of and worried about surveillance, whether done on behalf of governments or businesses.

With 43% of respondents saying that they've heard "a lot" about government monitoring of communication as an ostensible defense against terrorism and 44% saying they've heard "a little," almost all Americans surveyed believe they've lost control of their personal information.

According to the Pew Research Center study, "91% of adults in the survey 'agree' or 'strongly agree' that consumers have lost control over how personal information is collected and used by companies." Those aware of the Snowden disclosures have the most doubt about their ability to communicate in private. 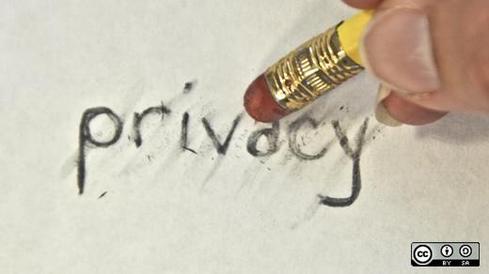 Then again, such risks were known and discussed for years before Snowden shined a spotlight on the absence of privacy, and Facebook still has about 1.23 billion monthly active users. Responding to a survey and actually taking privacy precautions that may lead to increased inconvenience are two different things.

And at the same time, 55% of respondents agreed or strongly agreed with the sentiment that it is okay to share some information with businesses in order to use services for free.

In short, people want the government to protect them from themselves and they want something for nothing.

Get the latest information to migrate your systems, services, and applications to the next level at Enterprise Connect. Cisco, Microsoft, Avaya, and Oracle will lead the keynote lineup. Thought leaders from enterprises and vendors will cover the full range of platforms, services, and applications that will simplify your migration to next-gen communications and collaboration systems. Register for Enterprise Connect with code DIWKWEB to save $100 off the early-bird rate. It happens in Orlando, Fla., March 16 to 19.

Thomas Claburn has been writing about business and technology since 1996, for publications such as New Architect, PC Computing, InformationWeek, Salon, Wired, and Ziff Davis Smart Business. Before that, he worked in film and television, having earned a not particularly useful ... View Full Bio
We welcome your comments on this topic on our social media channels, or [contact us directly] with questions about the site.
Comment  |
Email This  |
Print  |
RSS
More Insights
Webcasts
Unifying Your Endpoint Security Strategy
Monitoring the Invisible - Digital Experiences in a Zero Trust World
More Webcasts
White Papers
Dirty Little Secrets of Business Intelligence: Six Challenges to Adoption
Incident Readiness and Building Response Playbook
More White Papers
Reports
The State of Malware Threats
Enabling Enterprise Resiliency Through Cyberthreat Detection
More Reports

I am bemused by the notion that the same people who are concerned with government snoops collecting information on them also want the same government to regulate advertisers' information collection.

I think we're starting to see the impact, at least among some users who are now less prone to posting personal comments on social media than in prior years.

That said, while we can control the amount of info we share online -- photos, comments, likes, who sees those posts, and geographical tagging -- it's almost impossible often to figure out what we're signing away on ToS; when and how those ToS change; how to get out off ToS; what happens to our data once we leave a site/company, and whether/how companies truly are deidentifying/anonymizing data when they say they are.
Reply  |  Post Message  |  Messages List  |  Start a Board
InformationWeek Is Getting an Upgrade!