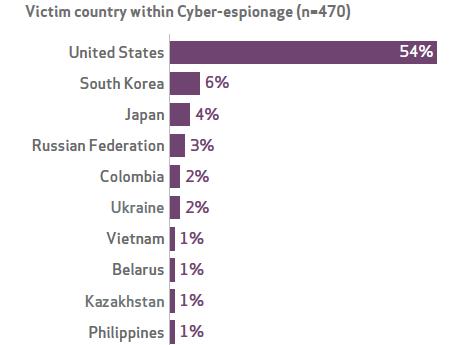 Attackers are using a diverse array of tools in espionage, but the most common is spear phishing. Email attachments are used to deliver 78% of identified espionage attacks, and links within emails deliver 2%. 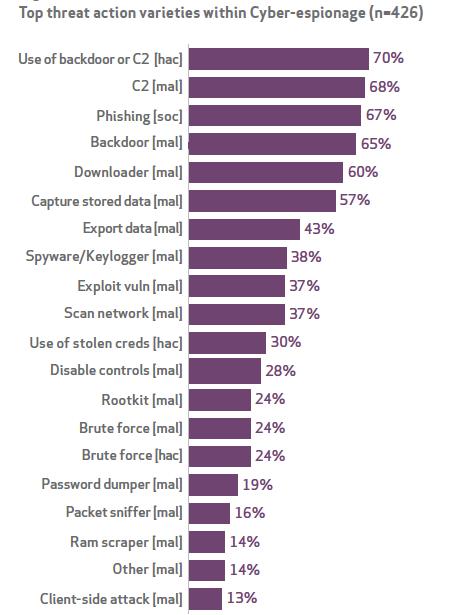 Because exploits used for espionage are varied, the recommended controls to counter them run the gamut of basic cyber security:

The report also found the use of stolen and/or misused credentials (user names and passwords) continues to be the most frequent way attackers gain access to information, making the case again for using two-factor authentication. The report also noted that insider attacks are on the rise, especially for intellectual property.

William Jackson is writer with the <a href="http://www.techwritersbureau.com" target="_blank">Tech Writers Bureau</A>, with more than 35 years' experience reporting for daily, business and technical publications, including two decades covering information ... View Full Bio
We welcome your comments on this topic on our social media channels, or [contact us directly] with questions about the site.
Comment  |
Email This  |
Print  |
RSS
More Insights
Webcasts
Cloud Security Threats Enterprises Need to Watch
Linking, Orchestrating, and Managing Your Enterprise Security Systems
More Webcasts
White Papers
Simplify Your App Security
[IT Trend Report] The Future of Cloud
More White Papers
Reports
Can You Spare 10-12 Mins to Help Us Out with a Survey on Tech Trends?
Got 7 Minutes? Dark Reading Needs Your Help With Our Survey on Incident Response
More Reports
Copyright © 2020 UBM Electronics, A UBM company, All rights reserved. Privacy Policy | Terms of Service