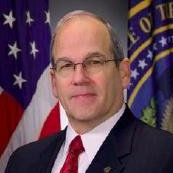 Government and defense contractors play a crucial role in protecting sensitive information. But the evidence suggests they are losing the battle.

In the best of times, the federal government and private-sector companies work in a delicate synergy to make the products and services required to sustain government operations, develop advanced systems, and enhance systems currently in use. The government also looks to the private sector to support military dominance on the battlefield and protect closely held information. But that arrangement can lead to serious risks when contractors fail to protect their operations adequately from cyber-attacks.

Many of the contractors working with government handle terabytes of data peppered with personally identifiable information, including medical data covered under Health Insurance Portability and Accountability Act (HIPAA) provisions, as well as financial information related to civilian and military personnel. The prevalence and scope of cyber-attacks on this information via contractors is significant, as is the potential danger.

US-CERT reports the number of incidents reported by federal agencies in 2012 was 48,562, up more than 700 percent since 2006. In general, within government, we simply cannot wrap our minds around this problem because it is both very large and highly pervasive.

What’s troubling is that in a number of cases, these companies have had prior indications, warnings and even outright formal notices before or immediately after these attacks, leaving little to the imagination regarding what happened. All that is left afterwards is to assess the damage, build the wall higher, and find innovative ways to track down and neutralize the culprits’ abilities to gain access and “exfiltrate” data.

For three years, one defense contractor was compromised by an advanced persistent threat attack. As InformationWeek reported, investigators hired by the contractor company said that despite ongoing warnings from numerous organizations, including NASA and the Naval Criminal Investigative Unit, the contractor's networks had been compromised. They also found that company officials failed to realize that attackers were maintaining a persistent presence in their network and react accordingly.

The attackers allegedly captured cutting-edge US military drone and robot weapons-systems design and technical specifications and brought competing products to market, according to a subsequent report from Bloomberg. The report cited several firms hired by the defense contractor to investigate apparent intrusions. Investigators told Bloomberg that the ongoing attacks were launched by the Shanghai-based Comment Crew.

Determined adversaries
Earlier this year, security firm Mandiant reported targeted attacks had compromised 141 businesses, none of which it named, across 20 industries. According to Mandiant, the attackers weren't just supported by China, but were actually part of the People's Liberation Army (PLA) Unit 61398, which is an elite military hacking unit. Chinese officials have denied these allegations.

The threats had reached the point that the Pentagon, in its annual report to Congress, accused the Chinese military of mounting cyber-attacks on the US government and various defense contractors. It marked the first time that the Obama administration has explicitly blamed Chinese officials for the country's offensive cyber-activities, according to a May 7, 2013, report in Foreign Policy. The report, which called the cyber-attacks a "serious concern," said that US government computer systems "continued to be targeted for intrusions, some of which appear to be attributable directly to the Chinese government and military."

China's primary objective appears to be the theft of industrial technology, but according to the report the information gathered by Chinese hackers could easily be used for "building a picture of U.S. network defense networks, logistics, and related military capabilities that could be exploited during a crisis." The diplomatic, economic, and defense industrial sectors that form the basis of US defense programs are all being targeted, the report said. China rejected the accusations saying that it "resolutely oppose[s] all forms of hacker attacks."

Also of concern were the methods used by adversaries, including encryption of data and masking of data to get around both the built-in security systems and to limit the ability of investigators to track down the specific attacker.

Inadequate reporting
Defense contractors are given guidelines that clearly lay out the rules, policies, and procedures for reporting suspicious network contacts. However, many such reports contain too little information to classify the nature of the attack and the targeted technology of such attacks appropriately.

Given the lack of full and complete information in the reporting provided by the contractor community, we in the military do our best to figure out exactly who is coming after critical program information and how successful those adversaries are in capturing targeted research, design, and technical information, as well as associated documents, such as training, security classification guides, operating manuals, and other information.

What should the government, and more specifically the Department of Defense, do in response to the growing threat and perceived lack of serious efforts to curb the intrusions?

The Snowden incident is one dimension of the problem. Yes, agencies can increase measures to guard against the theft / loss of information. The NSA, for instance, is now requiring that two individuals be present during the transfer of any classified information.  But it's much harder to control, discipline or simply fire a long standing but careless contractors whose systems are often grafted into an agency's systems.

Given recent events with the world's most famous governement contractor -- Edward Snowden -- you would think that the government would be exerting even more control over contractors. Go figure!
Reply  |  Post Message  |  Messages List  |  Start a Board

It seems hard to imagine the government couldn't do more, as yoiu put it, to hold contractor companies accountable for inadequate safeguards and lack of security measures to  protect critical program information, sensitive information, and even classified information.
Reply  |  Post Message  |  Messages List  |  Start a Board

I wonder about the wisdom of spreading records around so many contractors when top-notch security expertise is so expensive and scarce. Sure, putting assets with a few large suppliers makes for more tempting targets, larger firms can in theory afford and deploy cutting-edge security.
Reply  |  Post Message  |  Messages List  |  Start a Board

I'd be curious to know whether these same patterns occur in the Canada, the U.K., or other NATO allies. Is their distribution of labor between contractors and government employees similar or vastly different? Much better managed or about the same?

U.S. government systems can't be the only ones that are under attack, although the U.S. is obviously a big target.
Reply  |  Post Message  |  Messages List  |  Start a Board
InformationWeek Is Getting an Upgrade!