Reviewing and modifying automotive software will be lawful in 12 months, thanks to a copyright law exemption.

Every three years, the US Copyright Office holds a rulemaking proceeding to limit the excessive scope of the Digital Millennium Copyright Act's Section 1201, which bans the circumvention of digital access controls.

Access controls ostensibly serve to prevent unlawful copying, but they can also conceal deceit, like the software used by Volkswagen to manipulate diesel-engine smog tests.

This last may explain why the Librarian of Congress David S. Mao, against the wishes of automakers, has adopted a DMCA exemption that will allow the inspection and lawful modification of software governing the operation of vehicles. 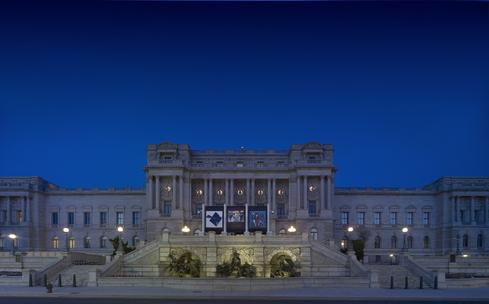 In an email, Kit Walsh, staff attorney for the Electronic Frontier Foundation, which lobbied for the automotive software exemption among others, said he wasn't sure whether the Volkswagen scandal directly influenced the rulemaking, since the public comment period had concluded, and a draft recommendation had presumably been developed by the time the news broke.

"That said, the exemption permitting a vehicle owner to circumvent for purposes of 'diagnosis' would encompass a researcher who wanted to examine the code in an emissions system that was over-polluting in order to determine what was causing it, and this will help independent researchers who are analyzing emissions control units in the future (once the exemption comes into force)," Walsh observed.

The automotive software exemption takes effect in 12 months, to give the Department of Transportation and the Environmental Protection Agency time to consider how the exemption might affect regulations enforced by those agencies.

The Librarian of Congress also adopted other DMCA exemptions, including:

This last exemption had been enacted before, but was limited in the 2012 rulemaking to older-model mobile phones. That prompted a petition to restore the more comprehensive exemption and a bill, the Unlocking Consumer Choice and Wireless Competition Act, which President Obama signed into law a year ago. Though the law did not make the exemption permanent, the Librarian of Congress in this year's rulemaking proceedings cited Congressional intervention as a reason to renew the exemption for unlocking mobile phones.

[It's been a week of intense rulemaking. Read: Net Neutrality Vote: EU Will Allow Data Discrimination.]

EFF legal director Corynne McSherry in a statement said it is absurd that this laborious process needs to be repeated every three years. "Technologists, artists, and fans should not have to get permission from the government -- and rely on the contradictory and often nonsensical rulings -- before investigating whether their car is lying to them or using their phone however they want," she said.

Thomas Claburn has been writing about business and technology since 1996, for publications such as New Architect, PC Computing, InformationWeek, Salon, Wired, and Ziff Davis Smart Business. Before that, he worked in film and television, having earned a not particularly useful ... View Full Bio
We welcome your comments on this topic on our social media channels, or [contact us directly] with questions about the site.
Comment  |
Email This  |
Print  |
RSS
More Insights
Webcasts
Building Asset Management into Your Enterprise Security Strategy
How the Rapid Shift to Remote Work Impacted IT Complexity and Post-Pandemic Security Priorities
More Webcasts
White Papers
2021 Application Security Statistics Report Vol.2
Cybersecurity Report Card
More White Papers
Reports
The Need for Speed: Second Generation EDR
Key Strategies for Managing New Risks in Cybersecurity
More Reports