The Federal Communication Commission (FCC) unveiled a proposal to give broadband consumers increased choice, transparency and security with respect to their data.

The proposal will be voted on by the full commission at the March 31 open meeting, and, if adopted, would be followed by a period of public comment.

The FCC is arguing that consumers should have effective control over how their personal information is used and shared by their broadband service providers, something telephone networks have but broadband providers do not.

The plan states consumers have the right to exercise informed control over what personal data their broadband provider uses and under what circumstances it shares their personal information with third parties. The plan also states that broadband providers have a responsibility to protect consumer data as it is carried across their networks and wherever it is stored. 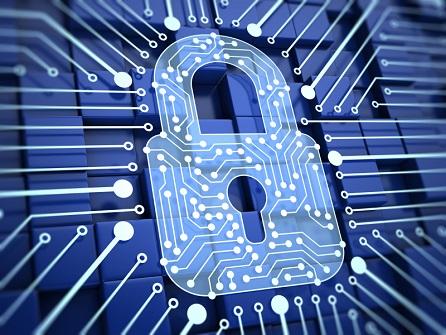 Broadband providers would also have to provide accurate disclosures of their privacy practices in an easily understandable and accessible manner.

Under the Chairman's proposal, customer data necessary to provide broadband services and for marketing the type of broadband service purchased by a customer would require no additional customer consent beyond the creation of the customer-broadband provider relationship.

Broadband providers would also be required to notify the FBI and the Secret Service of breaches affecting more than 5,000 customers no later than 7 days after discovery of the breach.

Under Wheeler's proposal, broadband providers would be allowed to use customer data for the purposes of marketing and to share customer data with affiliates that provide related services unless the customer affirmatively opts out.

The scope of the proposal does not include the privacy practices of websites, such as Twitter or Facebook, over which the Federal Trade Commission has authority, nor does it include other types of services offered by a broadband provider, such as the operation of a social media website.

The proposal does not include any recommendations or action concerning issues such as government surveillance, encryption, or law enforcement.

"It's a major step forward for the U.S., which has lagged behind other countries when it comes to protecting consumer privacy rights," Jeff Chester, executive director of the Center for Digital Democracy, said in a statement.

Not everyone on the FCC is on board with the proposal, however. Commissioner Michael O'Rielly, who previously lambasted the organization's stance on Net Neutrality, issued a strongly worded statement condemning the broadband consumer privacy proposal fact sheet.

"The fact sheet demonstrates that the FCC is doubling down on its misguided and broken Net Neutrality decision by imposing troubling and conflicting privacy rules on Internet companies, as well as freelancing on topics like data security and data breach that are not even mentioned in the statute," he wrote. "While I will read the document, this direction does not surprise me given this agency's reckless approach to an important topic, especially where it clearly lacks expertise, personnel, or understanding."

Nathan Eddy is a freelance writer for InformationWeek. He has written for Popular Mechanics, Sales & Marketing Management Magazine, FierceMarkets, and CRN, among others. In 2012 he made his first documentary film, The Absent Column. He currently lives in Berlin. View Full Bio
We welcome your comments on this topic on our social media channels, or [contact us directly] with questions about the site.
Comment  |
Email This  |
Print  |
RSS
More Insights
Webcasts
Building an Incident Readiness and Response Playbook
Getting the Most from Threat Intelligence
More Webcasts
White Papers
[Exclusive InformationWeek IT Trend Report] The Cloud Gets Ready for the 20's
Definitive Guide to Securing DevOps
More White Papers
Reports
Can You Spare 10-12 Mins to Help Us Out with a Survey on Tech Trends?
Got 7 Minutes? Dark Reading Needs Your Help With Our Survey on Incident Response
More Reports