Onetime "Catch Me If You Can" swindler turned anti-fraud consultant says identity theft is "4,000 times easier" than when he was living a life of crime.

As a young runaway who learned to act older than his years, Frank Abagnale pulled off outrageous stunts of impersonation, living off fictional identities and writing checks against others' bank accounts.

If you read the book, saw the Stephen Spielberg movie, or caught the Broadway play Catch Me If You Can, you know some of that story. Long since reformed, Abagnale has for 38 years consulted with the FBI and other law enforcement agencies. The truly scary thing is that what we now call "identity theft" is "4,000 times easier today" than when he learned to do it the hard way by learning to manufacture his own ID cards and print his own checks in the 1960s. What used to require a lot of legwork and expensive equipment can now be accomplished with an Internet connection and a color printer.

Abagnale spoke at The Global Identity Summit held this week in Tampa. They had him give both a keynote speech on his life story and a more focused presentation on identity theft based on his book Stealing Your Life.

"Of all crimes, it is the simplest to be perpetrated," with little risk of being caught, he said. 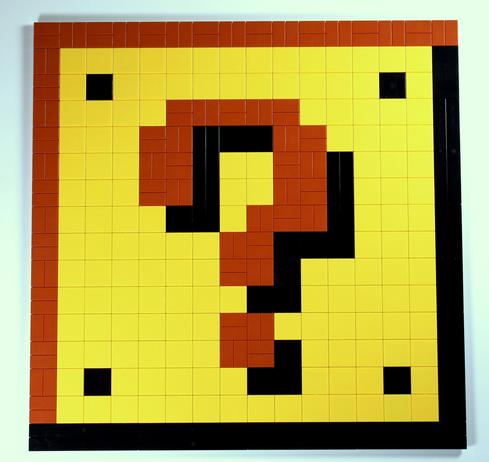 Part of the reason identity theft is so easy is that government leaders are so lazy about taking proactive steps against it, he said. Fraud siphons an estimated $994 billion out of the economy, and much of that is sucked directly from the US Treasury through income tax and unemployment insurance fraud. Yet when he talks with agencies like the Internal Revenue Service about using software to catch a much higher percentage of that, officials seem to think that sounds like too much work, he said. It took him years to convince the IRS not to include social security numbers on the tax return mailing label, and the Selective Service still includes all the information required for identity theft in its mailings, he said. "Those things are very frustrating. I want the government to lead. I want to do it right, so everyone else will follow."

On a dare from a USA Today reporter, Abagnale once used the reporter's own computer to hack the identity of Porter Goss, who at the time had just retired as Director of the Central Intelligence Agency. It took just seconds to pull up the land records document for the retirement home Goss and his wife had just purchased in Florida, which included both their signatures and their social security numbers.

Identity theft is difficult to prevent under the best of circumstances. Just as technology makes it easier, it also provides countermeasures. However, those countermeasures need to be reinvented every few years to keep pace with the threats. Once an accomplished forger, he has helped develop techniques to make checks and currency harder to falsify, but they need to be revamped about once every seven years, he said.

Abagnale said his first forgery was an altered driver's license he made when he was 16 so he could be paid the salary of an older man. He had run away from home after learning his parents were getting divorced, which came as a shock because they had hidden their marital problems from him right up until the moment when he was led into court and had the judge ask him which parent he wanted to live with. Unwilling to choose, he fled.

Although the fictionalized accounts of his life exaggerated and romanticized some details, it is true that he was able to pose as a Pan Am pilot, taking free rides on planes and staying at the hotels where pilots stayed on Pan Am's dime. He discovered pilots were allowed to cash checks at any airline counter, and so he would go from one end of an airport to the other cashing bad checks. Later, he obtained and operated a commercial check printing machine, building scaffolding that allowed him to scurry around it and perform tasks intended for a team of three machine operators.

Today, he doesn't like checks and thinks debit cards are the worst financial instrument ever foisted on consumers.

After wearing out his welcome as a pilot, he took on other assumed identities, once acting so convincingly as a doctor that he briefly served as a hospital administrator, he said.

While it may have looked glamorous in the movie, Abagnale said he was "just a kid" who used bravado to cover up how scared and alone he was. "I cried myself to sleep every night," he said, missing his lost home life.

What our country really needs to drive down the incidence of fraud are more stable families and better education on basic ethics, Abagnale suggested. "We are breeding a generation of young people with no character and no ethics in their makeup."

David F. Carr oversees InformationWeek's coverage of government and healthcare IT. He previously led coverage of social business and education technologies and continues to contribute in those areas. He is the editor of Social Collaboration for Dummies (Wiley, Oct. 2013) and ... View Full Bio
We welcome your comments on this topic on our social media channels, or [contact us directly] with questions about the site.
Comment  |
Email This  |
Print  |
RSS
More Insights
Webcasts
The Experts Guide to Ransomware Response
Multi-Cloud Data Management for Modern Applications
More Webcasts
White Papers
Tech Insights: SASE's Pandemic Boost Likely to Stick
Cisco Threat Response
More White Papers
Reports
The State of Cybersecurity Incident Response
Are Unprotected Cloud Databases Leaking Your Data?
More Reports

Abagnale's experience with do-nothing regulators is consistent with reports this week that the National Highway Traffic Safety Administration had all the information it needed to spot and take action on the GM ignition-switch problem that led to at least 19 deaths. Instead they did nothing and said investigating reports of Cobalt airbags not deploying was akin to "beating a dead horse." Instead, more citizens are now dead and, apparently, those of us who are living are experiencing unnecesary identity theft aided by government ineptitude. WAKE UP, Washington, and do your job!
Reply  |  Post Message  |  Messages List  |  Start a Board
InformationWeek Is Getting an Upgrade!