IBM's decision is a "goodwill" gesture aimed at expansion in the Chinese market.

IBM let Chinese authorities review some of its proprietary source code in a secure environment, according to a report by the Wall Street Journal that cited confidential sources.

The exact products that were examined were not specified. The reviews were said to have occurred in a facility that had no outside connection of any kind, and were only conducted for a limited time period. Officials from China's Ministry of Industry and Information Technology who examined the source code were not allowed to retain, copy, or share it.

Steven Mills, senior vice-president of IBM's software and systems unit, said that the review gives China "the ability to address 'secure and controllable' China initiative." He made the comment when he addressed local partners and media in Beijing on Oct. 15, according to a ChinaDaily USA report. Mills added that the company's growth in China needs government sponsorship. 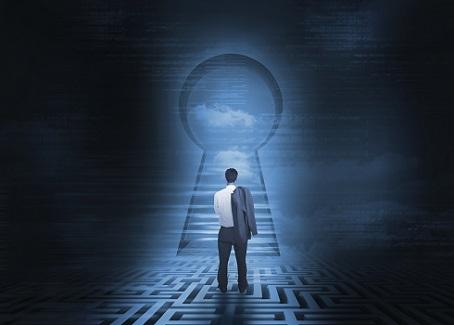 China has been pressuring American companies to hand over source code of their products to prove that there are no backdoors embedded in the code that would allow third parties to monitor activity. This comes in the wake of US security contractor Edward Snowden's disclosure in 2013 that the US government spied on other governments using overseas electronic gear. However, the Obama administration, as well as tech sector trade groups, have urged companies not to comply with these demands.

Allowing examination of source code would reveal companies' core intellectual property and could open the door for competitors to copy their products.

An IBM spokesperson played down the code review via email to Fortune, noting that Microsoft offers similar access to Chinese officials. He also said that IBM does not share customer data, and is in full compliance with US export regulations.

The Beijing News reported in January that Apple would allow the Chinese to look at iOS in order to show there were no embedded backdoors in the system.

IBM last Wednesday announced plans to bring the Bluemix cloud development platform to China by the end of the year. It is partnering with 21Vianet, a Chinese company that has partnered with Microsoft to offer its Azure cloud services.

IBM has its sights on countries beyond China. Last week, the company opened a data center in India devoted to cloud computing.

The Snowden revelations have given other countries a pretext to pressure American companies to prove that they are not enabling surveillance by the NSA. Companies that are looking at China as a potential market for their products are vulnerable to this pressure, especially since the Chinese government controls so much of the economic activity of the country.

Since IBM is aiming at the government procurement channel in China, it seems obvious that it would have to find some way to appease Chinese pressures.

Larry Loeb has written for many of the last century's major "dead tree" computer magazines, having been, among other things, a consulting editor for BYTE magazine and senior editor for the launch of WebWeek. He has written a book on the Secure Electronic Transaction Internet ... View Full Bio
We welcome your comments on this topic on our social media channels, or [contact us directly] with questions about the site.
Comment  |
Email This  |
Print  |
RSS
More Insights
Webcasts
Tuning your Data Storage Strategy to the Hybrid Cloud
3 Ways to Detect and Prevent Man-in-the-Middle Attacks
More Webcasts
White Papers
How to Plan for Endpoint Security Against Ever-evolving Cyberthreats
Defend Against Credential-based & Privilege Escalation Attacks
More White Papers
Reports
Privileged Access Management Checklist
CVE Weaponization Report
More Reports
Copyright © 2021 UBM Electronics, A UBM company, All rights reserved. Privacy Policy | Terms of Service