The terror attacks in Paris on November 13 have reignited a long-running debate about whether device makers and app developers should be required to give government agencies a backdoor or to hand over encryption keys.

As the investigation continues into the terror attacks that rocked Paris on November 13, the topic of strong encryption on devices and apps is gaining renewed attention.

Some media reports have alleged that the attackers were able to communicate under the radar of international intelligence agencies in part because they may have used readily available apps that offer strong encryption. This has reignited a long-running debate about whether devicemakers and app developers should be required to give government agencies a backdoor or hand over encryption keys that would enable them to access an individual's or group's data.

Government agencies, including the FBI in the US, have long expressed concern about strong encryption on mobile devices and apps. In July, FBI Director James Comey appeared before the Senate Judiciary Committee to argue for legal support to weaken strong encryption, which he claimed obstructs criminal investigations. Still, the Obama Administration decided last month not to seek legislation that would force backdoors into encryption methods.

According to an article in The New York Times, European officials made a direct link between the bombers and the use of encryption. The article states: "The attackers are believed to have communicated using encryption technology, according to European officials who had been briefed on the investigation but were not authorized to speak publicly. It was not clear whether the encryption was part of widely used communications tools, like WhatsApp, which the authorities have a hard time monitoring, or something more elaborate. Intelligence officials have been pressing for more leeway to counter the growing use of encryption." 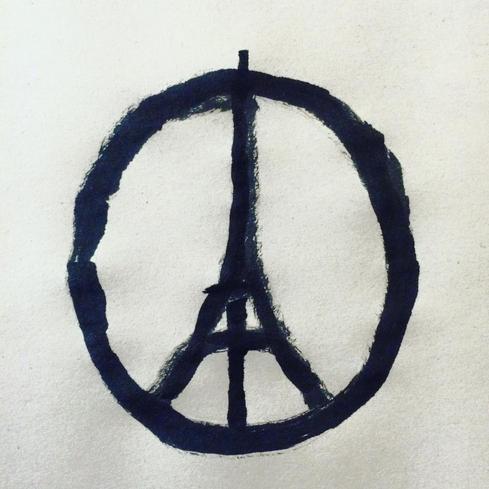 An article in Wired outlines four reasons why encryption backdoors aren't a panacea, particularly when it comes to gathering intelligence about potential acts of terror.

In May, dozens of prominent technologists, civic organizations, and companies signed an open letter to President Obama urging him to preserve strong encryption in order to protect national security and US business interests. "Whether you call them 'front doors' or 'back doors,' introducing intentional vulnerabilities into secure products for the government's use will make those products less secure against other attackers," the letter argued, adding that any such requirement would harm the market for such products abroad.

It remains to be seen whether the Paris attacks will change the political will in the US and other nations when it comes to encryption backdoors.

The Washington Post obtained an August email from Robert Lott, lawyer to the intelligence community, that said, "The legislative environment is very hostile [toward encryption backdoors] today. It could turn in the event of a terrorist attack or criminal event where strong encryption can be shown to have hindered law enforcement."

Is strong encryption and talk of backdoors for law enforcement a red herring? Adversaries can and will find ways to communicate using, for example, common non-encrypted devices, such as a PlayStation 4 videogame console, or rely on trusted human couriers. They will use encryption tools available in places without encryption bans, or develop their own encryption.

Meanwhile, reports are surfacing that French and Belgian intelligence services were aware of the likely suspects in the Paris attacks before the attacks took place.

As we consider the injuries and loss of human life caused by acts of terror in Paris and around the world, we hope that a nuanced debate is possible. Encryption is but one small piece in a very large, and daunting, intelligence puzzle that spans the worlds of technology, telecommunications, and all manner of organizations in the public and private sector.

Share your thoughts in the comments section below. Should governments be allowed backdoors into encryption services? Is strong encryption to blame for helping terrorists evade law enforcement? Have the Paris attacks changed the way you view these issues?

Larry Loeb has written for many of the last century's major "dead tree" computer magazines, having been, among other things, a consulting editor for BYTE magazine and senior editor for the launch of WebWeek. He has written a book on the Secure Electronic Transaction Internet ... View Full Bio
We welcome your comments on this topic on our social media channels, or [contact us directly] with questions about the site.
Comment  |
Email This  |
Print  |
RSS
More Insights
Webcasts
Bringing Zero Trust to Cloud Native Applications 1/27
Practical Approaches to Implementing Zero Trust in Your Private Cloud
More Webcasts
White Papers
Data Encryption Best Practices for the Enterprise
Threat Detection & Response
More White Papers
Reports
How Enterprises are Attacking the Cybersecurity Problem
SANS Institute Survey: The State of Cloud Security
More Reports
Copyright © 2022 UBM Electronics, A UBM company, All rights reserved. Privacy Policy | Terms of Service