D-Link's SharePort DIR-505, a wireless hotspot, access point and router, is a handy way to extend an existing network or share one on the go. It is not as useful as a media-sharing system.
Serdar Yegulalp
Contributor
July 05, 2012

D-Link's SharePort DIR-505 (a/k/a the All-In-One Mobile Companion) solves several networking problems at once. It can extend an existing Wi-Fi network, share out an access point, or work as a wireless router with a wired connection. It's less useful as a media sharing system, due to some clunky software designs. 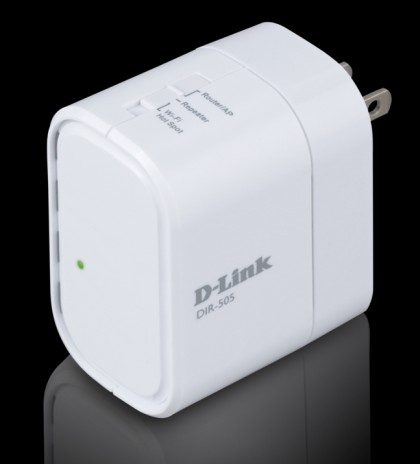 The SharePort has three modes: router/access point mode, repeater mode, and Wi-Fi/hotspot mode, selected via a sliding switch on top of the unit. With router/access point mode, the SharePort connects to a broadband modem via an Ethernet cable and shares out the connection via Wi-Fi. Repeater mode lets you extend wireless coverage for an existing network (although you need to have access permissions for that other network to use it, of course). Hotspot lets you take an existing wireless connection (which, again, you'll need to have access to) and share it out to a slew of other devices.

After reading the single illustrated leaflet, which explains setting up each mode in a few simple steps, I had no trouble getting the unit online in a few minutes. I was able to use it to gracefully bridge my household Wi-Fi network to my kitchen, where the signal doesn't normally reach very well. When extending a network, you can either use the same network ID and password as the original network, or create an entirely new network ID and password depending on your security needs. A recessed reset button lets you bring the unit back to its factory settings if you forget the password or otherwise botch things up. 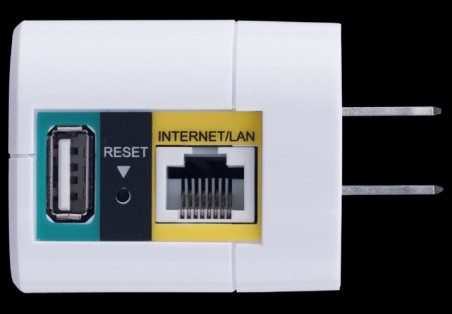 I liked that D-Link shipped the device in a locked-down state. Instead of coming from the factory with a blank password for accessing its Wi-Fi network, the SharePort includes a card with the default password for the unit, which appears to be randomly generated. That said, the SharePort's internal control panel, which you access to set things like the time and date, or the media sharing functions, has no default password set, so be careful who you give that master Wi-Fi password to. (All the passwords to the unit can be changed, thankfully.)

Through SharePort, I was able to share media from a USB drive plugged into the unit. Too bad it's something of a letdown. It's not very easy to set up and it doesn't have a powerful web interface for browsing the attached storage. It just doesn't feel well thought-out. It's best used with either the iOS or Android SharePort mobile app, which at least have the advantage of being convenient. The SharePort can also serve as a DLNA media server, so any devices that are DLNA-certified can connect to it and play back media from it. As another nice bonus, the USB connector on the device supplies power, so it can be used as a travel charger for phones with USB connectors.


A handy way to extend an existing network or share one on the go, but not as useful as a media-sharing system.