Free-roaming drones may soon face fences. Amid a growing number of drone sightings by airplane pilots, U.S. government officials want to limit where drones can fly.

The Federal Aviation Administration in February introduced draft rules for commercial drones that included line-of-sight requirements for pilots. The rules, however, do not include a geo-fencing requirement. The agency is expected to finalize its rules by next summer.

Some drone makers, like DJI, have already updated firmware for their drones to obey FAA flight restrictions in the U.S. But Schumer wants to make geo-fencing support a requirement for all drone companies.

"Near-misses between drones and passenger airliners are spiking and we must act now, before a real tragedy occurs," said Schumer in a statement. "That's why I will be proposing an amendment to the expected FAA bill that will move through congress this year to require manufacturers to implement geo-fencing or other similar 'no fly zone' technology on all drones." 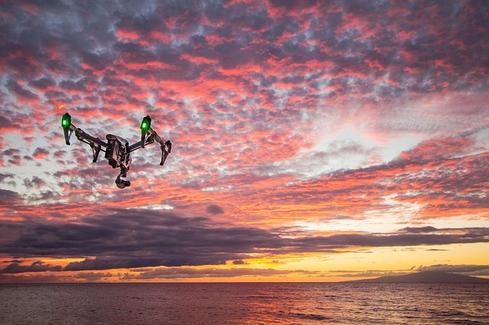 Last week, the FAA said that pilot reports of unmanned aircraft sightings have risen significantly since last year, from 238 sightings in 2014 to more than 650 from January through August 9, 2015.

Schumer said that there have been reports of at least seven drone sightings around JFK and Newark airports in about a week. He warned that a drone colliding with a commercial airliner could bring it down, like a bird strike.

On Thursday, Reuters reported that several U.S. government agencies are working with state and local law enforcement agencies to develop a system to defend against rogue drones. The group, which includes the Department of Homeland Security, the Department of Defense, and the FAA, is said to have already conducted tests for tracking and disabling unwelcome drones.

As commercial interest in drones has surged, so too has interest in containing them. UC Berkeley researchers are working on a project called LightCense that aims to make it possible for people on the ground to identify drone pilots using a smartphone app to read light patterns. They describe the project as a visual license plate.

DroneShield, a company based in Washington, D.C., sells drone sensor equipment and a net gun for capturing low-flying drones. And Blighter Surveillance Systems, a British company, is among several defense-oriented firms in Europe offering a defense against drones.

Thomas Claburn has been writing about business and technology since 1996, for publications such as New Architect, PC Computing, InformationWeek, Salon, Wired, and Ziff Davis Smart Business. Before that, he worked in film and television, having earned a not particularly useful ... View Full Bio
We welcome your comments on this topic on our social media channels, or [contact us directly] with questions about the site.
Comment  |
Email This  |
Print  |
RSS
More Insights
Webcasts
The Failures of Static DLP and How to Protect Against Tomorrow's Email Breaches
How Elite Analyst Teams are Transforming Security with Cyber Reconnaissance
More Webcasts
White Papers
5 Steps to Zero Trust in the Data Center
The 2020 Duo Security Trusted Access Report
More White Papers
Reports
The State of Cloud Computing - Fall 2020
Special Report: Edge Computing: An IT Platform for the New Enterprise
More Reports
Copyright © 2021 UBM Electronics, A UBM company, All rights reserved. Privacy Policy | Terms of Service