The US Air Force is determined to get more agile to produce applications that can be useful in times of conflict.

Wes Haga and his lab team is trying to increase the agility of a part of the armed services that wants to move faster: the Lead Command of the Headquarters, Air Combat Command, of the U.S. Air Force. In particular, he must meet the needs of what was once known as the Air Force's Intelligence, Surveillance and Reconnaissance Agency, now reorganized into the 25th Air Force..

Haga is chief of missions applications and infrastructure at the U.S. Air Force Research Laboratory in Rome, N.Y. Two years ago, he and other key Air Force IT managers realized it took their units from 60 to 84 months to get a new system deployed, a period so long that it frequently meant the system was out of date by the time it arrived.

The armed services, particularly those associated with intelligence and surveillance, rarely talk about their IT practices. Haga fit that mold when it came to talking about precise and sensitive elements of ISR systems and weapon systems with which they work. But he was eager to get out the word that Air Force IT is modernizing along lines similar to those of enterprise IT.

In the past, the Air Force practice was to formulate a set of requirements, bid them out to an experienced defense contractor, and then in some cases watched as the contractor "gold-plated the requirements" with work that met the contractor's standards but wasn't specifically required. Such diligence often stretched a project past its initial planned delivery date.

Part of the problem was that the units of the Air Force, as much as any enterprise, generate dissimilar data and information from systems that are not connected to each other or able to interface to other systems. Over a given 60-to-84 month period, many new, useful data types become available, such as feedback from social media or NoSQL systems. Data analysis systems that include image analysis are now available that were not available 60, 48 or even 36 months ago. 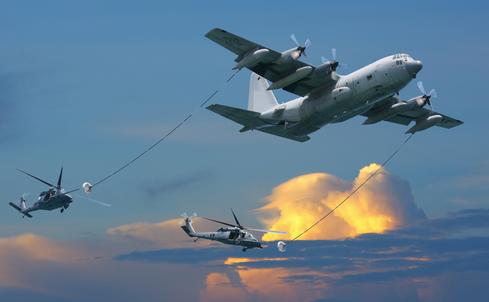 The Air Force had no means of taking advantage of rapidly emerging technologies without  commissioning another 60 or 72-month project that in all likelihood would stretch out to 84 by the time it was delivered. In the second half of 2015, the Research Information Directorate of the Air Force, which includes the head of the Air Force Research Laboratory and the three-star general who heads the 25th Air Force, agreed to adopt a more agile approach.

First they directed that defense contractors target applications for their designated open architecture, the Distributed Common Ground System. The architecture amounts to a platform of modular and standardized parts, including VMware virtualization, the Cloud Foundry infrastructure as a service orchestration from Pivotal Software, Red Hat Linux, and hardware from EMC, Dell and Cisco, among other components. Nothing is added to the platform unless it's already industry proven, rather than the agency adopting an emerging technology and then trying to prove its worth by itself, Haga said.

This approach reduces the number of new moving parts that come with each Air Force application. Haga estimates that 63%-80% of a new application can be inherited from something previously developed for the DCGS platform. The result is a reduced timeframe for the production of new applications and greater ease of deployment to its Air Force users.

"With a more agile approach, we pick a place to start and get to a point where you can have an intelligent conversation… a point where the requirements are 80% done and the application is good enough," explained Haga.

Then, instead of waiting for the last line of code to be written, the application is put in front of its potential users to collect feedback. The users specify the main things they think are still missing or the functionality still lacking that they were counting on. The development teams then go through a series of three, 30-day sprints to try to get move the application close to implementable form.

Haga said the goal is not to get the application perfect but to get it to "minimum product viability" where it can start being used in a pilot project. The 25th Air Force has three such pilots underway and is funded to get 50% of its applications onto the DCGS platform next year, followed by the other half in 2019.

The IT component of what was formerly known as Intelligence, Surveillance and Reconnainssance has responsibility for a broad range of applications that must address the needs of Air Force combatants for location specific information, quick data analysis and adversary information necessary for combat operations.

Haga gave as an example of a contemporary application, one that wouldn't necessarily have been available in the Air Force's library in 2015. The Air Force may need to locate a suspicious person, who only travels by air and uses an alias. The Air Force knows he uses two phones, with one of them in the name of the alias and using a credit card with the same name. So it can coordinate with the telecommunications surveillance of another intelligence agency to locate the individual's date of travel and time of day for various stops arranged by that phone and come up with "a location with a high degree of confidence" where it expects to find him.

Another example was the ability to use pictures posted on Instagram, Facebook or other sources to search for the same individual as he is picked up by monitoring cameras in airports and other locations. Automated picture analysis could inspect the individual of interest as he drinks a cup of coffee to try to confirm he is the left handed individual being sought.

The purpose of the Distributed Common Ground System is to make it possible to collect and correlate dissimilar information and allow the Air Force to get to results more quickly, Haga said. "Those are the kind of real data we're working with, the stuff we need to manage, without getting into too much detail," Haga said. 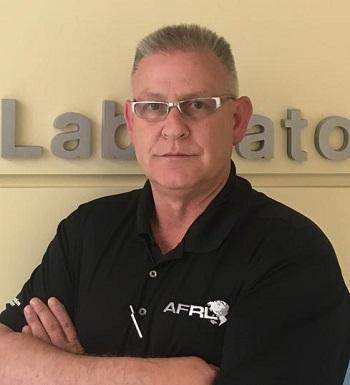 The Air Force intelligence systems must support the training of Air Force personnel in intelligence, surveillance and reconnaissance missions and supply information to combat commanders, while protecting the security of related Air Force operations. The weighty responsibilities lead to carefully designed and bullet-proof systems in the past that were slow to materialize.

Now, said Haga, "we break the decision space down into the minimum viable product. We get it in a smaller time box from 84 months to weeks. We go from a $100 million decision to start a project to a $1 million decision."

Indeed, the Air Force may only spend the first $100,000 of a project before having something it can put in front of users and work to elicit feedback that guides the next step in the project. It's Haga's goal to get "inside the decision space" of an adversary and produce applications quickly enough that they may prove useful at a point of impending conflict.

It also makes it possible for the Air Force to act on the fact that two technologists in a garage have a great idea for what the Air Force needs but can't wait 60 months to get paid in order to work on it.

The ACC Lead Command and related intelligence units work with the Zenoss open source network monitoring as part of its DCGS platform. They have received guidance on agile development and DevOps operations as part of their pursuit of a more agile approach to IT, Haga said. The problems of Air Force ISRA transformation into a more agile organization "are extremely similar to those of a digital transformation at a Fortune 500 company," he said.

Wes Haga is criticized in meetings for referring to "the product" and having a "short time to market" for delivery of code. This is, after all, the military with its own cherished lingo. But isn't it a good idea to not only have enterprises that are light on their feet and able to quickly respond but a military that can do so as well?
Reply  |  Post Message  |  Messages List  |  Start a Board
InformationWeek Is Getting an Upgrade!