US Postal Service wanted to virtualize its systems for auditors working in the field but didn't have room for added storage. It found the answer in a specialized appliance.

The Postal Service's Office of the Inspector General (OIG) is migrating to a virtual desktop environment that soon will give its traveling investigators anytime, anywhere, any device access to the applications and data they need to do their jobs.

Looking to transform its IT infrastructure and better support its users and mission, while also meeting a federal datacenter consolidation mandate, the OIG's IT team last year began to explore the idea of building out a virtual environment that eliminated the need for a costly, complex, and space-devouring storage-area network (SAN) architecture.

"Almost 1,000 of our 1,100 full-time employees are true mobile workers," says Gary Barlet, CIO in the OIG. "Some only go to the office a few days a week. They're investigators working on cases and auditors out at various postal facilities. The concept of having to be tied to a specific location or a specific device to do their work just doesn't fit well in that environment."

[MIT's Howard Anderson talks with an intrepid CIO about the death of Big Iron. Read: Mainframe Eulogy: Why We Put Gertrude Down.] 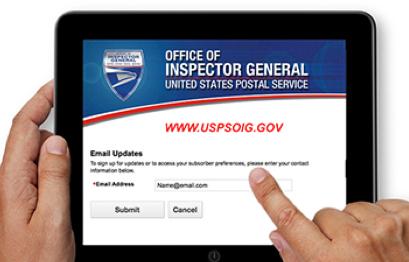 "Virtualization is a two-sided coin," says Dave Gwyn, a VP in Nutanix's Federal division. "While it brings efficiencies, the flip side is that it requires some big iron to run. When you're talking about a SAN, it gets very expensive to add storage that's high speed and high performing. To go with those SANs you need to buy servers, and those servers need to talk to the SANs, so in order to do that you need to buy switches. You get virtualization, but the downside is you have to purchase all three of those tiers."

For Barlet, a big issue was the amount of physical space that deploying a SAN infrastructure would require, especially at OIG's disaster-recovery site in Dallas, where floor space is highly constrained. The small footprint of Nutanix's converged server-storage system combined with high performance made it more attractive.

When he posted an RFP for a desktop virtualization build-out last summer, Barlet found that "most of the solutions that came in required a minimum of two or three racks of equipment to support what we were looking for, and I just didn't have the room [at the Dallas site] for all these additional racks. And I was not excited about giving up that much space in my primary server room either."

In contrast, the Nutanix box is 3-1/2 inches high, and about 20 boxes will fit into a typical rack in a datacenter, says Gwyn. Federal customers have reported a 92% reduction in datacenter rackspace, company officials claim.

It also scales like a Lego block design, notes Gwyn. "You can start with one. When you add blocks to scale it out, they automatically cluster together. It's not as much risk for CIOs. They don't have to take a big leap; they can build in smaller increments."

Chris Howard, also a VP in Nutanix's Federal division, estimates that users of the converged platform can save 20% to 50% in upfront capital expenditures and also realize significant savings from an operations expense perspective with the reduction of costs stemming from power consumption, space, and manpower needed to maintain the system.

Having piloted the system with users inside the CIO shop "to make sure all the green lights are blinking," Barlet and his team are preparing to migrate the first OIG 400 users to the new platform. "We expect to have most users migrated by this summer," he says.

Richard W. Walker is a freelance writer based in the Washington, D.C., area who has been covering issues and trends in government technology for more than 15 years. View Full Bio
We welcome your comments on this topic on our social media channels, or [contact us directly] with questions about the site.
Comment  |
Email This  |
Print  |
RSS
More Insights
Webcasts
Strategies for Success with Digital Transformation
ROI and Beyond for the Cloud
More Webcasts
White Papers
A Technical Deep Dive on Software Exploits
Improving Your Enterprise's Protection With Cyber Resilience
More White Papers
Reports
The Malware Threat Landscape
Special Report: Understanding Your Cyber Attackers
More Reports

The postal service office is doing a great job by migrating to a virtual desktop environment because it will make it easier for its customers to access it any where in the world. This in turn eliminates the need for a costly, complex and space devouring storage area network. Virtualization brings about efficiencies and fastens up the work. This will bring about a lot of organization in the postal service department meaning one doesn't have to visit their postal office.
Reply  |  Post Message  |  Messages List  |  Start a Board

These modular Nutanix systems are a really cool idea for building out VM architecture.

Instead of having to design from scratch with the use of several vendors, the "in a box" appliance idea is probably better for organizations to get projects off the ground with out risky costs. And that's something the postal service sorely needs to do as it experiences a lot of change in the way communications are done.
Reply  |  Post Message  |  Messages List  |  Start a Board
Editors' Choice
Hot Topics