During and after the 34-minute outage and game delay on Feb. 3, 2013, conspiracy theorists took to social media in droves. They blamed everyone from stadium officials to National Football League commissioner Roger Goodell. Some speculated the power was cut to stop the momentum of the Baltimore Ravens, who were leading the San Francisco 49ers 28-6 early in the third quarter when the lights suddenly went out in half of the Mercedes-Benz Superdome. 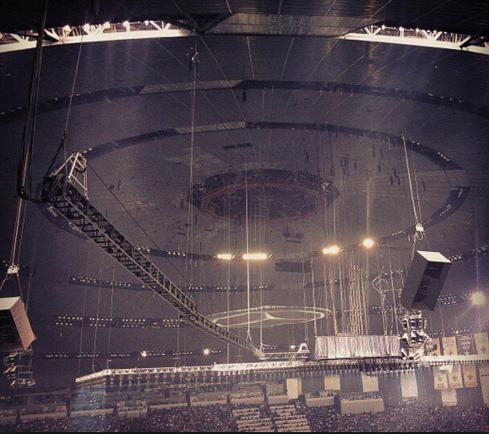 The Ravens prevailed 34-31, and an "abnormality" in one of the power systems" was blamed for the blackout.

In recent weeks, New Jersey's largest utility provider, Public Service Electric & Gas Co., has said numerous measures have been taken to avoid any such outage at this year's game at MetLife Stadium in East Rutherford, N.J.

A third power line has been added to the electrical substation at the Meadowlands sports complex. Even if two other lines fail, the third would keep the game going. Further, officials have simulated game-day stress on the system to ensure the power supply will last for the duration of the game and the halftime show. Officials say MetLife Stadium anticipates using 18 megawatts of electricity, or about what it takes to power 12,000 homes.

The Super Bowl is the most-watched television event almost every year in the US. Last year's power outage did more than delay bedtime for many of the more than 108 million viewers that evening. It underscored the fragility of the nation's electrical power infrastructure.

[The electric grid isn't all that needs attention. Read: Why US Must Invest In Internet-Connected Infrastructure.]

As organizers work to ensure there won't be a repeat event on Sunday, bigger problems in America's power grid remain. Much of the primary equipment is old and wasn't designed for the way it's used today.

New smart grid technologies such as sensors and two-way communications networks are enabling grid operators to identify problems rapidly and avert or isolate outages and blackouts. Utilities can juggle demand more easily and even lower their costs. In addition, smart grid technologies make it easier to integrate renewable power into the grid.

It's fast becoming a national imperative to upgrade power-delivery systems to meet higher performance requirements and support the nation's economic growth, productivity, and security. A nationwide smart grid would drastically reduce the possibility of outages, though research by the Electric Power Research Institute (EPRI) has estimated the cost of a national upgrade at up to $476 billion over 20 years.

In the long run, the EPRI said, implementing a nationwide smart grid would likely bring trillions of dollars in benefits, including:

Characterized by a two-way flow of electricity and information between utilities and consumers, a nationwide smart grid would deliver real-time information and enable the near-instantaneous balance of supply (capacity) and demand at the device level. A national smart grid would integrate and enhance other electrical elements, including traditional upgrades and new grid technologies with renewable generation, storage, increased consumer participation, sensors, communications, and computational ability.

Ultimately, football fans -- and even those who view the Super Bowl solely for commercials -- will be watching to see if lightning will strike twice (so to speak) and power systems mysteriously fail again. The potential consequences -- and associated conspiracy theories -- should be enough to prevent any such outages from occurring at a Super Bowl ever again.

@Rob ouch! But yes, if the weather yesterday would have been like today's public trasnporation would have been an even bigger nightmare, not to mention the likelihood of accidents on the road. They really lucked out as far as that went with one of the mildest days we've had in the area since January. I saw people going around in shorts and T-shirts, enjoying getting out without layers when the temperature hit the 50s (I still kept on a jacket, though I was able to leave it open).
Reply  |  Post Message  |  Messages List  |  Start a Board

...at least their weather planning worked out. Now if only the Broncos had showed up.
Reply  |  Post Message  |  Messages List  |  Start a Board

They did avoid a power outage problem, but they didn't put enough planning into avoiding a public transporation fiasco.  See http://nfl.si.com/2014/02/02/super-bowl-xlviii-transportation-new-jersey-train/
Reply  |  Post Message  |  Messages List  |  Start a Board

This is interesting - in China we do not have such kind of power surge since here we do not use kettle so often. People prefer to have soft drink or some light alchohol.:-) But indeed the human behavior will have big joint effect if the population is large. Our power grid must be smart enough to react or even predict such as kind surge to generate the energy efficiently and smartly.
Reply  |  Post Message  |  Messages List  |  Start a Board

In England, the problem with big sporting events or other nationally popular TV events is the kettle. At half time, or after the game, people pop to the kitchen and put the kettle on for a nice cup of tea. The effect when this happens across the country is a huge surge in power draw.

Supposedly the bigger problem is not the additional power draw, but actually when the draw stops, because the power stations have revved up production to supply the power and now they're producing power that has nowhere to go. Something like that anyway.

I'm sure after last year's Superdome power outage fiasco -- and now especially after the George Washington Bridge traffic fiacso (just up the road from this year's Superbowl)-- that state, local and power officials will have done everything to test, and test again, to make sure the lights stay on at this year's event.  But the author makes a good point, the rest of the nation's electric grid lacks the same assurance.