Federal Aviation Administration officials signed off on the first approval for commercial drone flights at night, potentially paving the way for other companies to ramp up their drone services.

"The FAA's decision is historic. Prior to yesterday, one could not operate a drone commercially at night," Kenneth Quinn, an attorney for Pillsbury, Winthrop, Shaw, and Pittman, who represented Industrial SkyWorks, told InformationWeek. He added that the more than 4,000 exemptions that the FAA had previously approved were all for daytime operations.

The FAA approved a request by Industrial SkyWorks to use its drones at night for inspecting buildings and roofs, according to a Wall Street Journal report. The approval comes with a number of safety requirements that surpass those in place for flying drones during daylight hours. 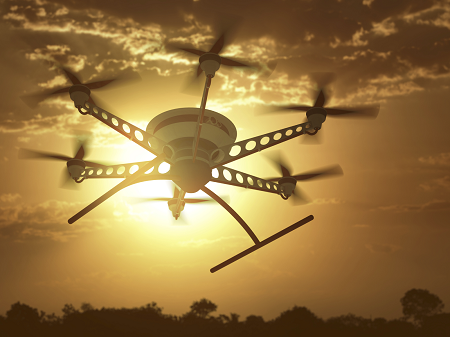 While the FAA approval is specific to Industrial SkyWorks, it sets a precedent that other companies may follow.

"It was not easy for Industrial SkyWorks to obtain its exemption, which the FAA processed for over 16 months and required a detailed safety assessment," Quinn told InformationWeek. "The FAA put us through the ringer, but this decision certainly should help pave the way for others to operate their drones safely and responsibly, at night."

Previously, the FAA had postponed the ability of drone operators to fly unmanned aircraft after sunset until further tests and formal rules were established, according to the Wall Street Journal.

The FAA decision also comes on the heels of the Federal Aviation Administration Reauthorization Act of 2016, Senate Bill 2658, which passed on Tuesday in the US Senate. Under the bill, which still needs approval from the House of Representatives, the FAA would be allowed to grant case-by-case exemptions for commercial and research and development drone flights that occur at night.

It would allow the FAA not to require that the drone operators maintain a visual line of sight with the unmanned aircraft. If the FAA Reauthorization Act ultimately passes in the House, the FAA would be mandated to follow its requirements.

Meanwhile, according to an FAA spokesman, the agency is currently finalizing a proposed framework of regulations that would address routine use of drones in the US. The FAA expects to "finalize the rule by late spring," the FAA spokesman said.

In issuing its decision on Industrial SkyWorks, the FAA, according to the Journal, noted, "operations at night pose a higher safety risk because the reduced visibility make[s] it more difficult for the remote pilot to visually locate" the drone, or to assess the relative distance to other aircraft to avoid mid-air collisions.

The agency, however, pointed to the company's experience with drone night flights in other countries, as well as to the fact that drones will be departing and landing from illuminated flight paths and taking pre-programmed routes, according to the Journal.

With Industrial SkyWorks FAA approval for night flights, companies like Amazon.com may benefit in the future. The online retailing giant is currently testing drone deliveries for its Amazon Prime Air in the Netherlands, UK, and Canada, according to a Fortune report.

A number of other companies are interested in getting their drones deployed for commercial use, and some for the benefit society.

Dawn Kawamoto is an Associate Editor for Dark Reading, where she covers cybersecurity news and trends. She is an award-winning journalist who has written and edited technology, management, leadership, career, finance, and innovation stories for such publications as CNET's ... View Full Bio
We welcome your comments on this topic on our social media channels, or [contact us directly] with questions about the site.
Comment  |
Email This  |
Print  |
RSS
More Insights
Webcasts
Monitoring the Invisible - Digital Experiences in a Zero Trust World
Fact or Fiction? The Truth About Cloud Native Security
More Webcasts
White Papers
Policy as Code Guide - Design, Build, & Runtime
Cloud Cyber Resilience Report
More White Papers
Reports
State of DevOps 2021
The Infoblox Q1 2021 Cyberthreat Intelligence Report
More Reports