Feds To Use Social Media For Biosurveillance 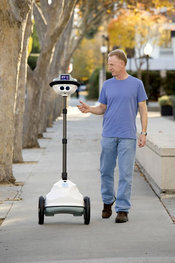 5 Tools Connect Patients To Their Healthcare
(click image for larger view and for slideshow)
The U.S. Department of Homeland Security (DHS) recently awarded Accenture Federal Services a two-year contract to help the Office of Health Affairs (OHA) enhance its biosurveillance capabilities. With the help of Accenture, OHA will begin using information gathered from social media sites -- Facebook, Twitter, Tumblr, and Flickr -- to better inform and protect the public against national health emergencies, such as disease outbreaks or biological attacks.

Accenture defines biosurveillance as the "monitoring of public health trends and unusual occurrences, relying on pre-existing, real-time health data -- data that s publicly available and easily obtained," according to a statement. "Because of the vast amount of data and information available and readily shared through social media … and the rapid pace information is shared, collecting and understanding information from these channels is critical."

The initiative is a pilot program that John Matchette, partner at Accenture and leader of its Public Safety agency work, said the company is hoping to have operational in approximately eight months. In an interview with InformationWeek Healthcare, Matchette described the program as using people as "sensors" to detect health issues such as pathogens or symptoms. "The best way to do this is to treat humans as sensors and let them self-report," Matchette said.

Gathering more data points and reacting faster to potential threats are the two main goals for Matchette and his team, he said, and social media will make this possible. Matchette made clear the initiative isn't aimed at mining data that's secret or private. The agency is looking at public data to see where patterns exist in different geographic areas. The program is based on a key-word approach to scanning social media sites. Accenture will begin by developing a lexicon of health conversations that spans these sites to use as a baseline.

"Step one is to get that identified, and then we have standard interfaces that go out and look at these websites, like Facebook and Twitter, and they watch for these trends," Matchette said. "There's a lot of health discussion at the same time, so mission one is to understand what normalcy looks like, and once you've done that, you can look for deviations from normal, and that’s how you detect patterns."

After developing this baseline, Matchette said the company will be in a position where it can "react and modify…. [A] lot of this is tweaking the underlying analytics to begin to run and get results." The underlying technology the company is using, he said, isn't custom code. Instead, Accenture has a collaboration platform, which integrates data sources and other off-the-shelf products. "So the effort isn't in the coding of the solution because the analytics have been developed," Matchette said. "It's deciding what the lexicon is, and then refining the results."

Clinical, patient engagement, and consumer apps promise to re-energize healthcare. Also in the new, all-digital Mobile Power issue of InformationWeek Healthcare: Comparative effectiveness research taps the IT toolbox to compare treatments to determine which ones are most effective. (Free registration required.)