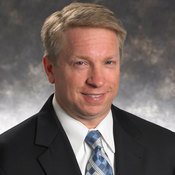 10 CIOs: Career Decisions I'd Do Over
(click image for larger view and for slideshow)
Rejecting allegations that Autonomy committed serious financial improprieties under his watch, former CEO Mike Lynch lashed out at Hewlett-Packard on Tuesday in an open letter to the company's board of directors.

Pleading innocence, Lynch described HP's massive $8.8 billion write down of Autonomy as excessive, and he called on HP to publicly detail how it determined that $5 billion of that amount was attributable to fraud.

HP quickly responded with its own statement repeating allegations that "accounting improprieties, disclosure failures and outright misrepresentations" occurred prior to HP's acquisition of Autonomy.

Rejecting Lynch's call for "immediate and specific explanations" of its allegations, HP said it would let legal and regulatory authorities handle the matter, concluding "we look forward to hearing Dr. Lynch and other former Autonomy employees answer questions under penalty of perjury."

In his letter, Lynch said he was shocked by HP's "non-specific but highly damaging allegations," and he accuses the company of "selective disclosure of non-material information via background discussions with the media."

Zeroing in on the scale of HP's write down, Lynch asks HP's board to explain how such extensive misrepresentations "could possibly have gone undetected during the extensive acquisition due diligence process." HP acquired the U.K.-based company in October 2011 for $11.1 billion. Last week the company wrote down the value of Autonomy by $8.8 billion, attributing $5 billion of that write down to fraud.

Lynch noted that Autonomy's books were overseen by independent auditor Deloitte LLC prior to the acquisition. And just two months after the deal, in December 2011, he said that Paul Curtis, HP's Worldwide Director of Software Revenue Recognition, KPMG and Ernst & Young undertook detailed studies of Autonomy's software revenue recognition methods in order to comply with U.S. generally accepted accounting principles.

The implication is that HP is hanging an undue share of its financial performance failings on Autonomy's former management rather than owning up to its own mismanagement. Indeed, IT and financial analysts were critical of HP's acquisition from the start, saying the cost of the acquisition was far too steep. It remains to be seen if $5 billion in lost value can be attributed to fraud, but it appears HP is already acknowledging that it paid nearly $4 billion more than Autonomy was worth.

HP reiterated its contention that Autonomy's former management team managed to hoodwink auditors on both sides of the Atlantic. HP says it has referred the matter to the UK Serious Fraud Office, the U.S. Securities and Exchange Commission's Enforcement Division and the U.S. Department of Justice. "We will defer to them as to how they wish to engage with Dr. Lynch," HP stated.