The company paid out a record $16,500 in rewards to security researchers who helped to eliminate more than two dozen bugs.
Thomas Claburn
Editor at Large, Enterprise Mobility
April 28, 2011 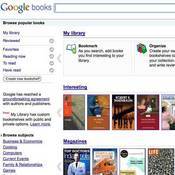 Slideshow: The Top 16 Google Services
(click for larger image and for full slideshow)
Google on Wednesday updated the general use version of its Chrome Web browser to version 11, crushing 27 software bugs and adding a significant feature, support for speech input.

Google maintains four different versions of Chrome, which offer varying levels of completeness and stability. They are: the canary channel (for bug hunters), the developer preview channel (for developers), the beta channel (for early adopters), and the stable channel (for general use).

The company's elimination of more than two dozen bugs, for which it paid out a record $16,500 in rewards to security researchers, will certainly be welcomed. But Chrome 11 is more notable for its integration of new Web technology, specifically the HTML Speech Input API.

Speech input in HTML has only recently become possible and first appeared in the beta version of Chrome 11. Google spearheaded the HTML Speech Input API proposal, presented in draft form last October. Other relevant specifications, like the HTML Device APIs, have only started to gel in the past year.

The newness of the proposed specification may explain why Google has addressed the privacy and security concerns related to active microphones in a minimalistic way. The graphical user interface element that pops up to notify the user that audio is being recorded meets the proposal's recommendation that the user should be presented with "an obvious indication when audio is being recorded." It consists of the words "Speak now" and displays an active audio input meter above a "Cancel" button.

But it falls short of the hit-you-over-the-head standard of obviousness that satisfies privacy advocates. The active recording pop-up element offered as an example in the specification states explicitly, "This page is recording speech from your computer. Click here to stop recording."

While speech recognition is available in the Google Translate mobile apps for iOS and Android, it's not available yet when visiting Google Translate on the Web using a mobile Web browser: Text to be translated must be typed rather than spoken. With Chrome's new-found ability to accept speech input via microphone, it probably won't be long until speech input starts appearing in Web applications accessed on mobile devices via WebKit-based iOS and Android browsers.

In December, Google updated its Google TV remote app for Android to allow the user to enter spoken search queries. Now that Chrome can access and recognize microphone input, speech recognition may end up being supported in Google's forthcoming Android SDK for Google TV. This could allow Google TV viewers to speak directly to their televisions rather than through an intermediary device like a phone, provided theirs televisions come with a built-in microphone or can support an external one.

Google's fortune was built on text input, in the form of search keywords. But as mobile devices have become the engine of growth in the technology industry, speech recognition, translation, and speech input have become areas of significant investment for Google. Typing on mobile devices remains awkward and it shows: Google recently said that a quarter of search queries on Android devices are spoken. Now that Chrome is capable of listening, the number of spoken queries is only likely to rise.