Google+ Headaches: What You Need to Know

BYTE’s Steve Krause tracked down Google+ pain points--so you can avoid headaches with the new social service.
Steve Krause
Contributor
July 21, 2011
Speaking of privacy, this next thing I found was especially disturbing. When Google+ first launched, if someone from one of your circles shared something with you privately or to a private circle you're in, anyone in that circle had the ability to share the post with anyone, publicly. Google+ should let users restrict a post to the intended circle.

Google's response: Google points out that the option to disable resharing of posts has been available in Google+ from the start. In response to user concerns over resharing, Google has since added notifications to remind users that commenting and sharing can be disabled to prevent posts from being reshared publicly. 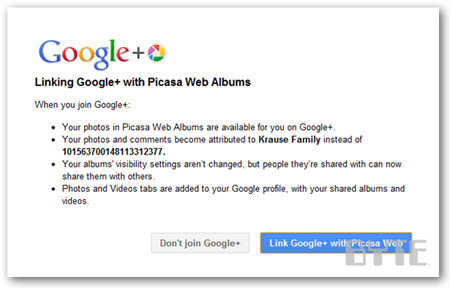 It looks like my options are limited. Either link the accounts--or, guess what? No Google+ for you! After linking my accounts, I looked to see what might have been lost from a privacy standpoint. My ability to block Name Tags through the Google Picasa Web Albums options became nil.

Digging into Google+ help files, I was able to find Tag Visibility and Tag Approval information. 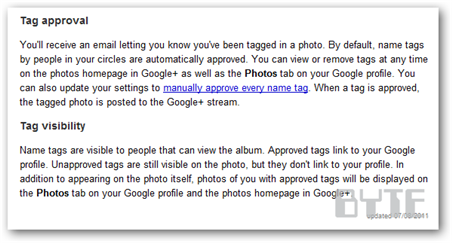 The bad news here is that although I had set up Google+ to block Name Tags on my Google Picasa Web Albums, once I made the link between Picasa with Google+, those settings were cleared. The new default setting automatically allowed anyone in my circles to tag me in photos with my "Auto-Approval." Opting in never felt so bad.

No one warned me about this before I linked my accounts. I actually had to dig and dig hard to find this setting. Fortunately, disabling the Auto-Approval is easy and you can manage it under your Google Profile photos page. That is, if you know it's there.

Google's response: The Google+ folks got together with some of the Picasa team members to sort out BYTE's feedback and came back to tell us that because tagging in the original Picasa was static and only viewable to the person that did the tagging, they looked at it as a completely different feature. The rationale is that after Picasa is integrated into Google+, it becomes a social feature, with notifications appearing in friends' streams, a la Facebook. So, new feature, new defaults. Google says they've taken our feedback to heart and will work to make the difference more clear.

Finally, in the course of looking at Google+, I've noticed many blank pages, server restarting errors in Hangouts, and 404 errors. 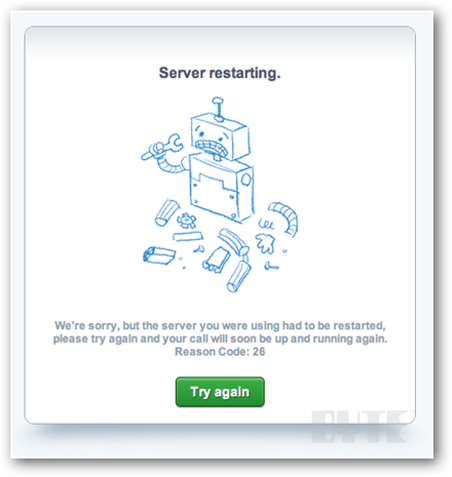 You have to expect this stuff with beta software and maybe it's unfair to hammer a beta product. It's in beta because they want to find errors. And I found plenty. Overall, however, I've been pretty happy with Google+, and Google appears to be listening to feedback from the community and turning that feedback into positive changes.

Based in Seattle, Steve is a senior contributor at BYTE. A veteran and intrepid tech blogger, he's also the founder of groovyPost.com. Follow him @krausesteve and email him at [email protected]