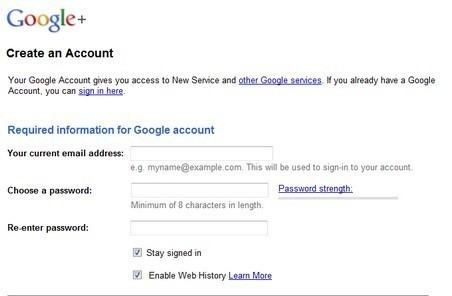 The sign-up screenshot says it all. Google+, available just to invited insiders for the last three months of its field trial, is now available to anyone who cares to try it out.

The ultimate gathering spot for insiders, Google+ opens up just in time to steal a bit of thunder from Microsoft’s Windows 8 hoopla and Facebook’s F8 conference going on now. On Tuesday morning, Google+ chief Vic Gundotra also announced a few more features – multi-user video chat via its Hang Out feature is now available on Apple iOS and Google Android based mobile devices, and it includes the long-awaited search capability. Gundotra, in his post detailed hundreds of features. Among them is feature No. 100. He wrote:


"For the past 12 weeks we’ve been in field trial, and during that time we’ve listened and learned a great deal. We’re nowhere near done, but with the improvements we’ve made so far we’re ready to move from field trial to beta, and introduce our 100th feature: open signups. This way anyone can visit google.com/+, join the project and connect with the people they care about."

And with that, Google smashes the garden wall. If you’ve been locked out of the party, weep no more. Check out this slide show for a quick and dirty tour of the most notable Google+ features, old and new, and a bit of analysis.