How Gallo Brings Analytics Into The Winemaking Craft

E. & J. Gallo, the No. 5 company in the InformationWeek 500, brings silos of data together for analysis and adds insights from social networks.
Doug Henschen
Executive Editor, Enterprise Apps
September 05, 2012
Listening In

Gallo has mined call center comments and open-ended survey feedback for years for insight into consumer reaction to its products. More recently, social media and the Internet have added another layer of insight. The company implemented a popular social media listening platform in 2010 to measure brand-relevant comments on Facebook, Twitter, and Gallo's many brand-specific, mobile-enabled websites. (Kushar won't name the listening platform because he says Gallo doesn't want to appear to endorse vendors.) The winemaker also listens to wine critics and enthusiasts on sites such as WineSpectator.com.

"We summarize what's said based on a hierarchy of keywords," Wiseman says, "and we know the number of comments, the sentiments, and the percentage of comments relative to the number of bottles sold."

Customer comments about taste, price, and brand bolster market research. Gallo also responds to some comments. A comment about a problem removing corks gets routed to customer service, which is likely to offer an apology and a coupon to make amends. If there's a rash of social media complaints, Gallo notifies the quality assurance team, which can investigate the problem and request adjustments to bottle molds or corks, if necessary. Gallo gets more feedback at wine-tasting events, where it conducts surveys and encourages people to visit and comment on its Facebook pages. It's adding brand-specific Facebook pages and blog-and-comment features on its websites. 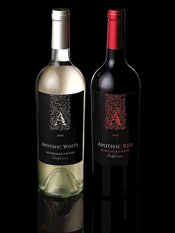 Gallo sponsors public service events, such as its Barefoot Cellars brand's beach cleanups, and then encourages people to talk about them in social media. "If you give people something to brag about, they'll brag," Kushar says. After the cleanups, Barefoot Cellars hosts wine tastings. Social-network fueled publicity has helped make Barefoot, acquired in 2005, one of Gallo's biggest brands, growing 25% and shipping 14.5 million cases last year.

Gallo is also using 3-D virtual display modeling to create and test virtual stores based on brand selection data and display attributes that retailers specify. The goal is to test the effectiveness of merchandising techniques, such as end-of-aisle displays, store shelf signs, and "necker" signs that hang on bottle necks. Testing companies bring in consumers to "shop" the virtual shelves, letting Gallo test merchandizing approaches without the cost and delays of in-store testing. Gallo uses the results to advise retailers on the best ways to display its wines.

Gallo has been helping its distributors with selection, demand, and profitability analysis for years. Early last year, it purchased mobile business intelligence software (again, Kushar won't name names) and delivered a mobile application for its sales representatives nine months later. The app provides dashboards and drill-down charts and graphs that reps can use to show distributors what they ordered, what they sold, and how they can adjust their stock to improve profits and reduce returns.

Gallo was late to embrace tablets, Kushar says, and has struggled to develop a tablet application that really works. "It was technology that was new to us, and we didn't know how to use it correctly," he says, calling the late start an exception to Gallo's usual habit of being a fast follower.

But Gallo certainly isn't late when it comes to analytics and 3-D virtualization; these are technologies that even some consumer packaged goods giants have yet to fully exploit. The winemaker's IT group, working with other parts of the company, enables solid, data-driven decisions that are taking Gallo into a new age of wine making and selling.