20 Health IT Leaders Who Are Driving Change - InformationWeek

Innovation is tough amid today's regulatory checklists. These leaders are getting it done. 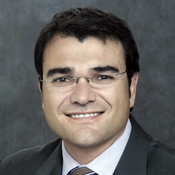 That system lets it pull data from monitors of vital signs at every bed in the hospital, and anesthesia devices talk directly to the Epic anesthesia module, saving anesthesiologists time recording data in the EHR. "They're actually very happy with that," CIO Albert Oriol says. Rady brought this system online at the same time it went live with electronic anesthesia documentation.

The hospital also is experimenting with drawing data from home-based devices, including glucometers, heart monitors and asthma inhalers. That project is a proof of concept for the institutional review board. Clinicians have to go to a website to see the data, but eventually this will be directly integrated with the EHR.

"We're doing this now without [direct] integration per se because we want to prove that the integration works before we invest in it," Oriol says. "This could be an avalanche of data for our clinicians." Oriol is convinced that "we will be able to take better care of the patient if we can monitor their health on an ongoing basis," Oriol says.

Oriol faces less stringent Meaningful Use compliance pressures than many on this list. Children's hospitals and pediatricians don't see Medicare patients, so they're only eligible for the Medicaid side of federal health IT incentives. That means fewer requirements and more room to experiment. "We approached MU with a different mindset," Oriol says. 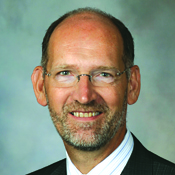 ﻿Cris Ross
CIO, Mayo Clinic
﻿Mayo Clinic cares for nearly 2 million patients a year from nearly 150 countries, and Mayo's reputation results in its specialists seeing more complex and unusual cases than typical physicians do. CIO Cris Ross's IT team is trying to find ways to share the resulting expertise by providing tools to physicians within Mayo and with affiliated practices.

Not satisfied with that outreach initiative, Mayo's board of directors recently outlined one of its most ambitious undertakings yet. By 2020, it wants to expand its reach from nearly 2 million patient contacts a year to 200 million. Since that can't happen through in-person patient visits alone, the clinic is using telemedicine initiatives and other online services to help reach that lofty goal. 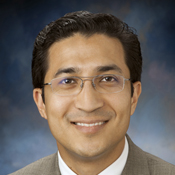 Rasu Shrestha
VP, University of Pittsburgh Medical Center
﻿Rasu Shrestha is pushing the University of Pittsburgh Medical Center to get away from looking at patients' data as silos that are "application-centric or chart-centric," he says. What's needed is to integrate all the disparate data streams --from electronic records, lab services systems and medical imaging systems, for example. That sounds simple, he says, but it's really a "complex game of connecting the dots."

Shrestha, as VP of medical IT and medical director of interoperability and imaging informatics, is responsible for helping UPMC make better use of its data. UPMC is a $10 billion-a-year integrated health insurer and healthcare provider, operating more than 20 hospitals and serving nearly 1.6 million members. With roots in academic research, it's among the leaders in using IT to help healthcare move away from a fee-for-services to a pay-for-performance model.

UPMC initially put its resources into creating a technology foundation, including widespread conversion from paper to digital medical records and from film-based medical imaging to filmless technology. Phase two now focuses on using electronic health records and digital imaging to drive this more patient-centric system that delivers better care at the bedside.

From a technological standpoint, this journey has meant semantically harmonizing long lists of the medical jargon clinicians use and mapping it to the nationally accepted dictionaries of medical terms that are coded into most software, such as SNOMED, LOINC and RxNorm.

How does that translate to better care at the bedside? When Ms. Jones comes into a UPMC emergency room with a heart attack, clinicians will use the emergency room's electronic medical record system from Cerner to enter her condition and medications. More importantly, if the patient was previously given nitroglycerin in one of UPMC's ambulatory care facilities, which use Epic EMR software, the doctors in the ER can read that medication note and understand its relevance to the patient's current myocardial infarction, despite it being in an EMR from a different vendor. "We are able to map that medication to any one of our other EMRs throughout the health system, the health information exchange, and to the data warehouse on the back end, including on the payer side," says Shrestha.

While health systems struggle with health information exchange within their walls and across the nation, UPMC has made strides in both areas. But its crowning achievement to date, led by Shrestha and his team, has been establishing fully integrated, enterprise-wide interoperability. Because of that, UPMC is ready to feed its enterprise analytics efforts with data coming in from clinical, financial, research and operational streams.