On InformationWeek's Government CIO 25, we profile the top public sector tech executives who are driving big changes in government IT.

10 Breakthrough DARPA Technologies
(click image for larger view and for slideshow)
A top CIO in government wears many hats. Faced with declining budgets, particularly at the state and local levels, public sector IT execs are becoming more creative in how they manage IT costs. Meanwhile, they're working hard to address their biggest challenge: modernizing antiquated IT systems.

InformationWeek's Government CIO 25 recognizes those leading CIOs in federal, state and local government, who share qualities such as technology vision, clout among peers in other agencies, and an ability to show concrete results.

Our power list includes Department of Energy CIO Robert Brese, who launched Energy.gov on an open-source content management system and oversees the agency's annual $2 billion investment in IT. Thanks to list maker Joe Klimavicz, CIO of the National Oceanic and Atmospheric Administration and early adopter of cloud computing, NOAA employees now use Google Apps, a cloud-based productivity set of applications. The Defense Department's Teri Takai, who is among a handful of female government IT leaders, has spearheaded various initiatives, including a modernization plan, since joining the Pentagon in 2010.

There are high expectations for the CIOs on our list. Just look at the White House's 25-point plan to eliminate failing IT programs, which CIOs have been using to identify areas that need work. The majority of tech execs (94%) are implementing the plan by deploying cloud services, according to a survey of 41 public sector CIOs released in May by TechAmerica. However, CIOs are struggling with government-wide implementation due to serious cost and security constraints.

[ Download the entire May 2013 issue of InformationWeek Government here.

Then there is the Digital Government Strategy, introduced by the Obama administration in May 2012. Whitehouse.gov describes the strategy as created to build a "21st-century government" that offers services to the public "anywhere, anytime, on any device." The strategy focuses on open government data, which, if publicly accessible in easy-to-use formats, can fuel innovation and economic growth.

The strategy's ultimate goal is to make government "more transparent, more efficient, and more effective." But those aren't easy goals for CIOs with limited budgets and security concerns, the latter a problem especially because of the sensitive nature of government data. That's why our list includes IT leaders who are driving change on the mobile front. City of Boston's CIO Bill Oates, for example, was at the forefront of Citizens Connect, a mobile app that lets residents report problems to city managers.

The importance of technology in government cannot be stressed enough. For that reason, InformationWeek Government carefully selected the movers and shakers in government IT by reviewing their qualifications and achievements. The Government CIO 25 are the best among IT leaders. Here, in alphabetical order, are the detailed profiles of each.

Anderson has led the NSA's development of a widely used framework for lightweight Web applications, as well as the agency's work in big-data analytics. The NSA also developed a cloud-computing environment that will be shared with other U.S. intelligence agencies as part of an enterprise IT strategy from the Office of the Director of National Intelligence.

Health and Human Services has started down the path of commodity IT consolidation under Baitman, who joined the agency last year. Baitman had previously served for two years as CIO of the Social Security Administration, where he was brought in to modernize the agency's IT infrastructure, but resigned after senior officials decided to narrow the CIO's authority. 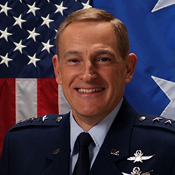 Brese was appointed CIO at the DOE in July 2012, after serving as deputy CIO for IT of the National Nuclear Regulatory Administration. Some of his first actions included launching Energy.gov on an open-source content management system in a cloud environment and migrating the agency's public-key infrastructure to a shared service provider. He is chairman of the federal CIO Council's Management Best Practices Committee.